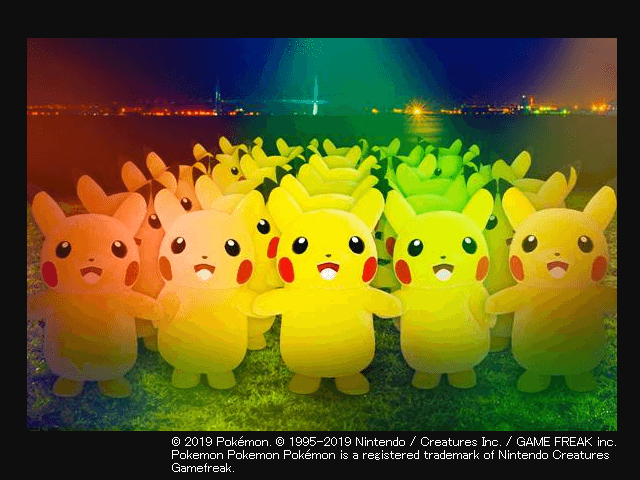 Since it's inception in 2014, the Pikachu Outbreak event in Yokohama continues to be one of the most loved Pokemon events around the world. For 2019, the organizers have announced not only is the festival back, but it's bigger than ever with over 2,000 Pikachu's in attendance!

Held from August 6 (Tuesday) to 12 (Monday), this seven day event features thousands of dancing Pikachu at various venues located close to Minato Mirai and Sakuragicho Stations. Unlike before, the major programs will take place from 7pm to 9pm to make use of LED lights for an incredible performance. Using the latest in wearable tech and projection mapping, this Pikachu show is expected to make use of Kanagawa's beautiful night skies.

In addition to multiple shows & performances, there will also be multiple Pokegenic photo spots for tourists to enjoy throughout the city of Minatomirai. There will also be an Eevee march after the popularity of 2018's surprise Eevee outbreak. For Pokemon Go players, Pikachu Outbreak 2019 will also double as a Pokemon Go event with a special lottery system to join.

With the official dates set between August 6th to 12th, Japan Deluxe Tours highly recommends this Pokemon anime event for families and die-hard Otaku's alike. Add the festival to the end of our Golden Route tours with Anime in August to explore Tokyo & Akihabara's anime culture before an extra day spent with adorable Pikachu & Eevee!