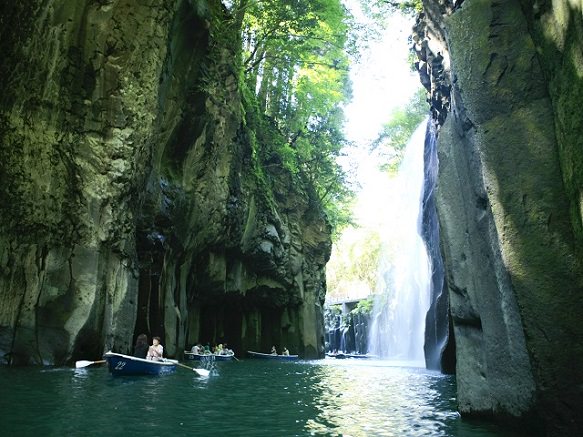 Takachiho is a small town steeped in mythology and legends in the Miyazaki Prefecture on the Kyushu Island. Among the attractions, Takachiho Gorge is a must when traveling through Miyazaki. The Gokase River cuts through the rock cliffs, resulting in a scenic river boat ride with lovely foliage and impressive rock formations. Guests of the gorge can either enjoy the river ride along the water, which is often recommended if you want an up close view of the waterfalls and cliffs. There are tour boats guests can rent to ride along the calm waters. Alternatively, guests can enjoy walking along the top of the gorge via the paved hiking path. It is especially recommended to follow the path during the summer nights, as the gorge often features illuminations during the season. If you follow the trail long enough, you can reach the Takachiho Shrine to see an exciting Yokagura Show. 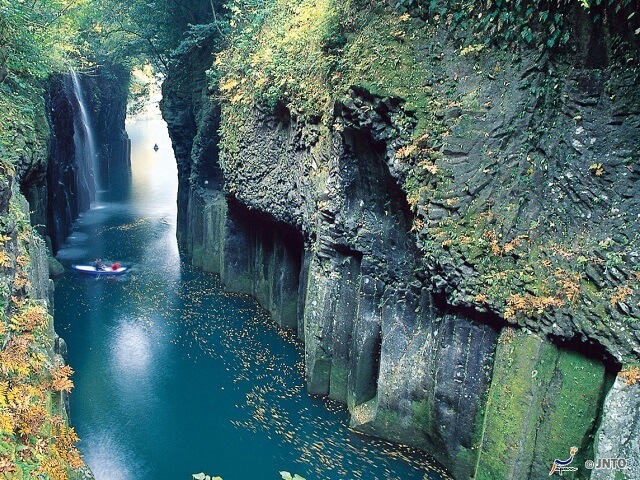 Legend states when Susanoo, god of storm, terrorized Amaterasu, his sister and sun goddess, she hid in a cave plunging the world into darkness. Amaterasu hid from the world until Ame-no-Uzume tricked the sun goddess out from the cave. The cave is called Ama-no-Iwato (heavenly rock cave) and can be accessed from Takachiho. Along Takachiho Gorge is the Takachiho Shrine, dedicated to the legends of Amaterasu. The shrine hosts a Yokagura Show where dancers re-enact the legend of Amaterasu and her escape to the cave. The dramatic finale to the story ends with a dance where the cave opens bringing the sun and life to the world.

If riding along a flowing river while waterfalls create dazzling mists sounds right for you, don't hesitate to join Japan Deluxe Tours for our fully-guided Grand Japan Tours available during the Spring Cherry Blossom Season or year-round. You can also ask our travel specialists about our affordable range of private and custom tours during the summer and winter holidays for an extra special vacation through Southern Japan! 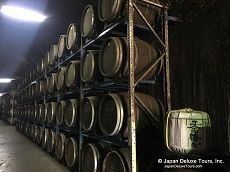 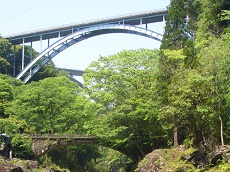 Unique Series of Bridges Set in an Ancient Forest