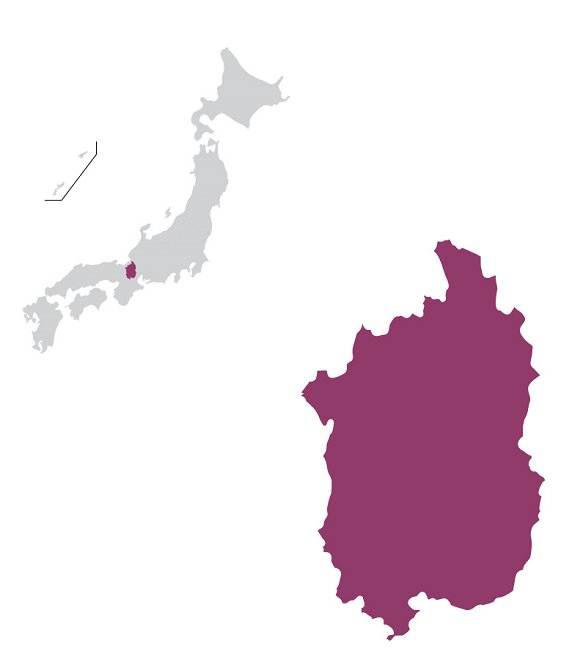 Shiga Prefecture is located in the Kansai region and encompasses Japan’s largest freshwater lake, Lake Biwa. Lake Biwa makes up one sixth of the prefecture and divides the prefecture into four sub-regions. The small city of Hikone in Shiga is one of the most visited sites in the prefecture. Hikone Castle is an original castle, i.e. it survived the post feudal era without undergoing destruction and reconstruction. Hikone Castle has a backdrop of Lake Biwa-ko and Kinki-zan Hill (50 m), and is regarded as one of four national heritage castles, along with Inuyama Castle in Aichi, Himeji Castle in Hyogo, and Matsumoto Castle in Nagano. Its three-layered chalk castle tower still maintains its noble and heroic appearance as a symbol of the city. At the base of the castle hill stands the Hikone Castle Museum whose main attraction is a partial reconstruction of the former palace buildings. 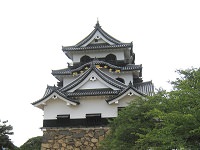 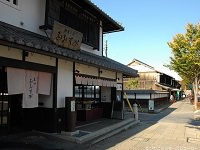 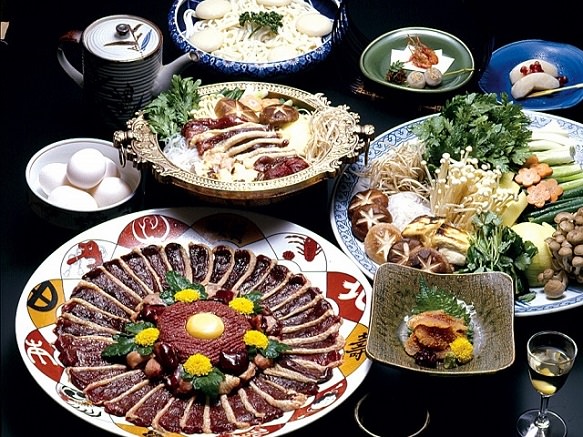 Shiga’s most popular local dish comes from its very own lake, Lake Biwa. Funazushi is a unique type of sushi dish. The funa fish is fermented for usually four years by keeping the fish packed in salt then rice. The funa is most commonly served sliced, without the rice.

Another local dish is the “kamo nabe”, or duck hot pot. Kamo nabe is similar to “shabu shabu” but instead of beef and pork, duck is used. Before ending the meal, the kamo nabe is often enjoyed with a “shime”, a finish of the meal, by adding in soba into the pot and enjoying it with the soup from the duck. 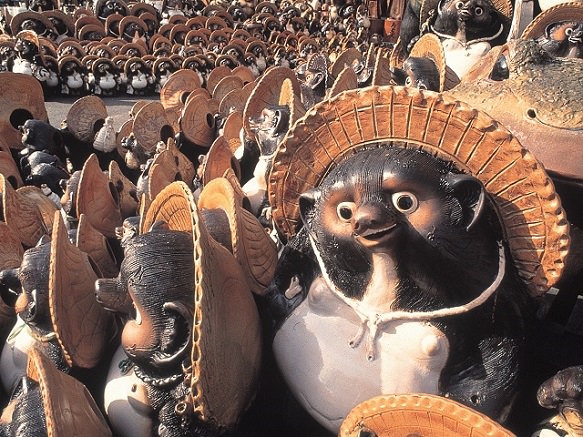 Shigaraki ware is a type of pottery and stoneware created in Shiga Prefecture. It is one of the six oldest kilns in Japan and is said to have begun in 742. Today, the most identifiable type of shigaraki are the tanuki or raccoon dog stoneware. The tanuki wear straw hats (made from ceramics), hold sake bottles, have large bellies, and big eyes, all representing different kinds of good fortunes. You are likely to see many of these tanuki shigaraki on the streets of Shiga. The stoneware is said to bring prosperity to businesses. The tanuki has become a symbol of Shigaraki. 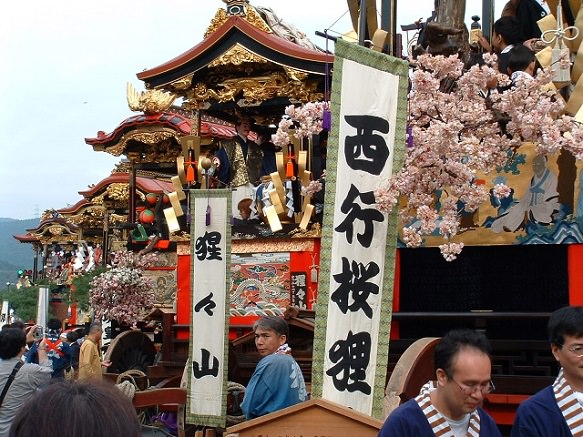 Otsu Matsuri is an annual festival that started in the 17th century, with over 400 years of history. Thirteen floats decorated with karakuri (mechanical dolls) and decorations are paraded through town. The highlight of the festival is when the mechanical dolls are brought in front of the crowd, as puppeteers control the karakuri from the back. Traditional stories and folktales are told as the puppets move in front of your eyes.