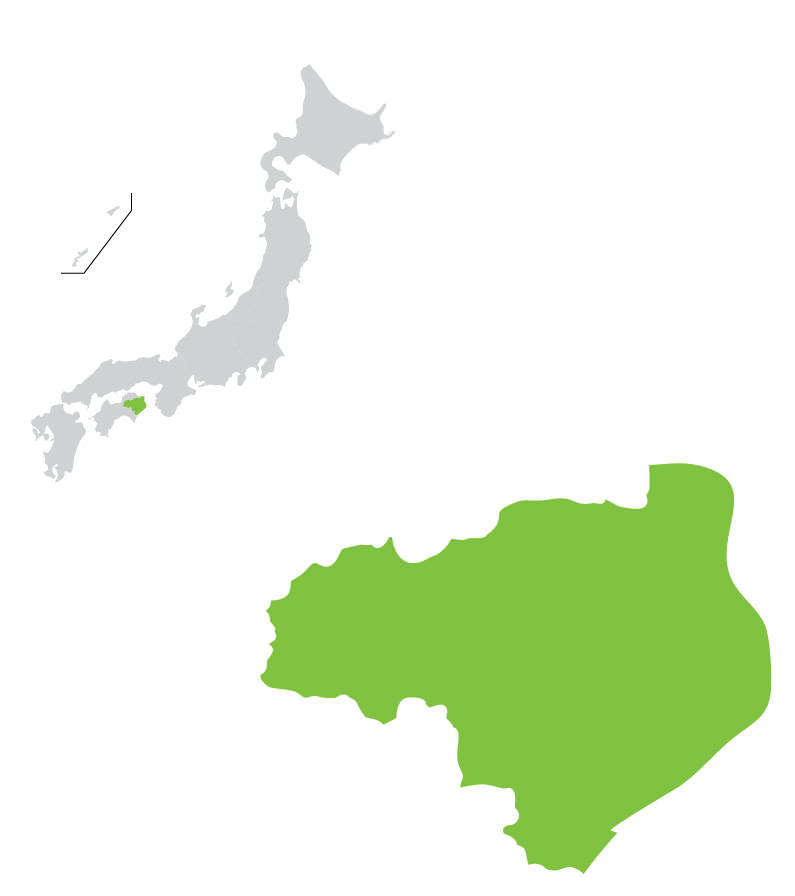 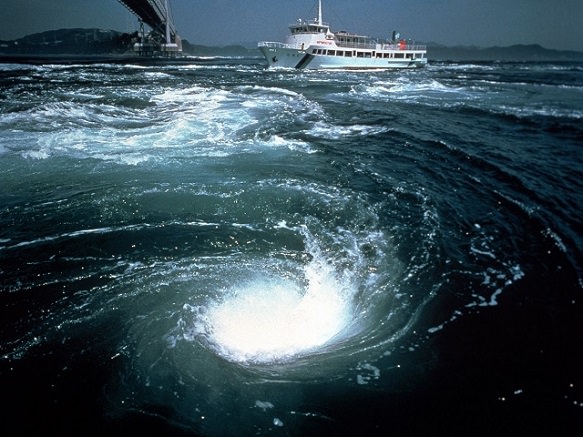 Tokushima Prefecture is located in the Shikoku region and is a very mountainous area. It is perhaps best known for its Awa Odori, the most famous dance festival in Japan during Obon season. Every summer, over 1 million tourists from all over Japan gather to watch the famous dance. The 400-year-old dance is currently also performed outside the prefecture, and the dancers have been invited to perform at overseas events. Just off the city on the shore of Naruto Straight are the giant Naruto whirlpools the city is famous for. These large whirlpools can be seen under the Onaruto Bridge. According to the change of tides, the whirlpools occur roughly every six hours and can typically be seen once in the morning and once in the afternoon for an hour or two. The whirlpools vary in size, depending on the intensity of the tides. They tend to be larger in summer than in winter, and are largest during spring tides, which occur every two weeks. If all factors play together favorably, whirlpools of up to 20 meters in diameters can be observed. 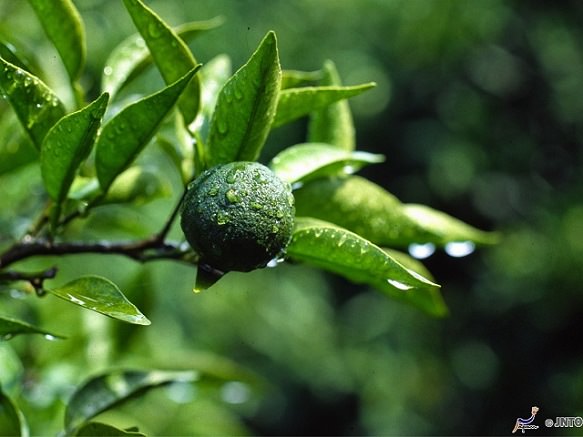 Tokushima is a major producer of sudachi, a green citrus fruit, producing over 90% of Japan’s sudachi production. Sudachi is similar to a lime but has a zestier flavor. Sudachi is not eaten as a fruit but more as food flavoring, much like a condiment and is often served with fish dishes, noodles, and in some alcoholic drinks. 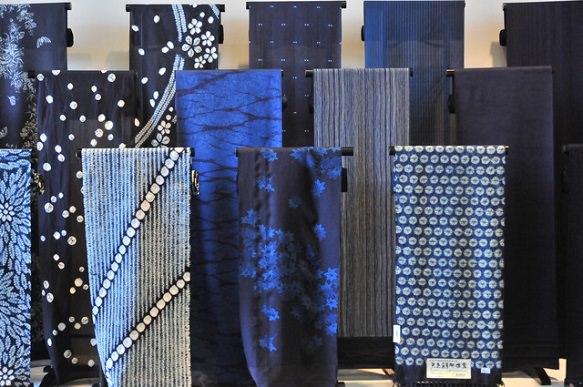 Tokushima is the largest producer of indigo dye in the nation. Awa Indigo is a popular type of indigo produced here in Tokushima. It is produced from polygonum plants which are fermented then added with Iye, a mixture of water and ash. Cloth can then be dipped into this solution and the finished product is a beautiful piece of Awa Indigo dyed cloth resulting from oxidation. This process is repeated to achieve the ideal color if one desires a richer, deeper color. The methods of Awa Indigo dyeing were designated as Tokushima's intangible cultural asset in 1968. 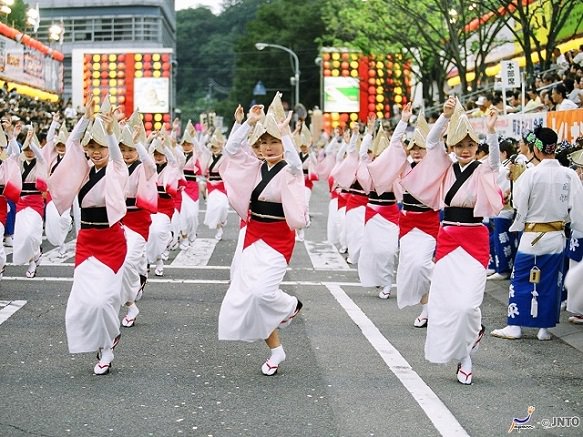 Awa Odori is one of Japan's most famous dance festivals held during Obon. Over a million people come together to watch the famous dance take place in front of their eyes. Dancers move to the upbeat sounds of the folk songs as the lyrics say "Fools dance and fools watch, if both are fools, you might as well dance". Generally women wear yukata and men wear happi, shorter and looser versions of yukata. Women dance more gracefully due to the restrictiveness of the yukatas and men more dynamically, but can vary depending on the group's dance and taste. Recently, younger women have started participating in the dynamic men's dances. Tokushima's Awa Odori is held between August 12-15. Guests can learn about the traditional dance at Tokushima's Awa Odori Kaikan, a museum about Awa Odori. The museum also features performances for its guests.