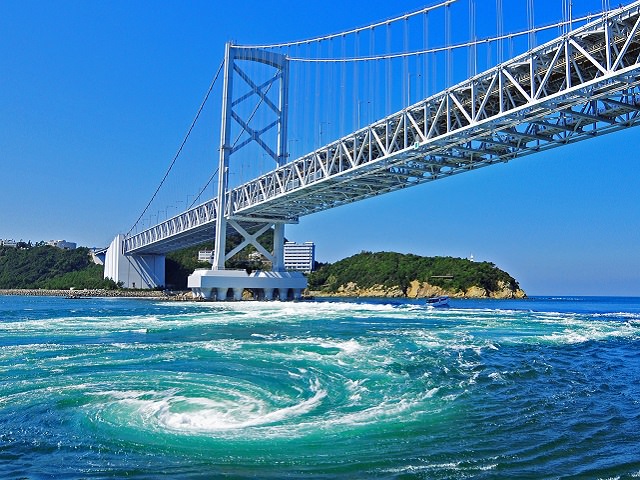 The Naruto whirlpools occur on the Shikoku side of the Naruto Straight, and are created by the large volumes of water moving between the Seto Inland Sea and the Pacific Ocean between high and low tide, combined with the unique underwater geography of the narrow straight. According to the change of tides, the whirlpools occur roughly every six hours and can typically be seen once in the morning and once in the afternoon for an hour or two. The whirlpools vary in size, depending on the intensity of the tides. They tend to be larger in summer than in winter, and are largest during spring tides, which occur every two weeks. If all factors play together favorably, whirlpools of up to 20 meters in diameters can be observed. On the other hand, there is not much to see on calm days or outside of the peak times. Therefore, it is of great importance to check the whirlpool schedules before making a visit to Naruto.

You can view this natural phenomenon for yourself by joining one of our Grand Tour Packages or Southern Japan tours available during Cherry Blossom season and Year-Round! 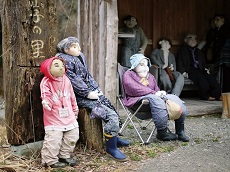 Village with more scarecrows than people