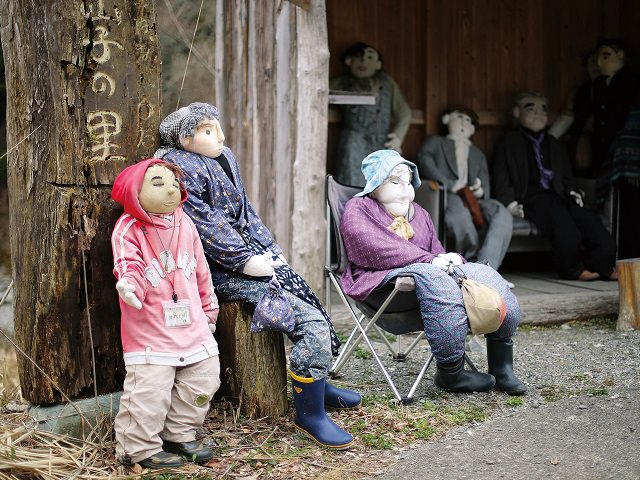 Nagoro Village in Tokushima, Shikoku is becoming a popular spot known as Scarecrow Village in the mountains of Iya Valley. The village is known for the growing number of scarecrows or Kakashi placed around the village. Initially a small village with a population of 300 people, the declining population and allure of the big city has left the area with about 35 inhabitants in January of 2015. One of the local residents who lived in Nagoro as a child returned and began making scarecrows of the likeness of former residents to fill up the village. There are over 300 scarecrows found throughout the village, including a fisherman, school children, and patrons waiting at a bus stop. The village has grown in popularity over the years with many guests coming to Iya Valley to see the famous scarecrows. 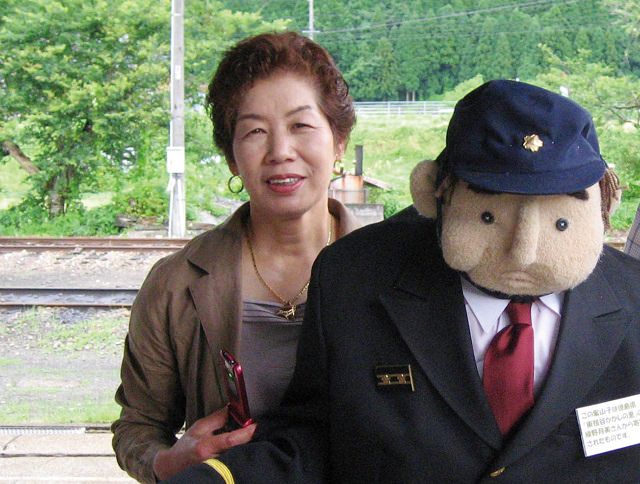 With over 400 scarecrows made or replaced by a single woman, Miss Ayano Tsukimi has been making scarecrows to inhabit Nagoro since 2002 when she moved back to help take care of her father. Making scarecrows as a means to remember the villagers who once lived in Nagoro, the spirit of village lives on in these friendly scarecrow. You just might see Miss Tsukimi after a Japan tour with us if you decide to add Nagoro to your itinerary after our Southern Japan tours in Shikoku!