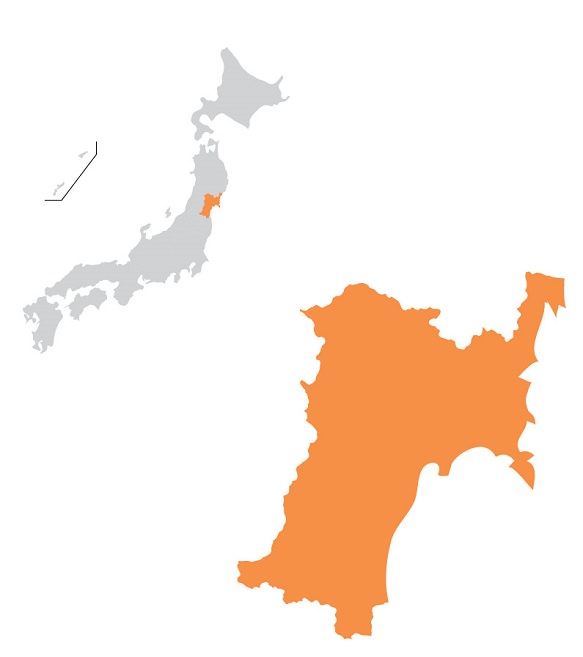 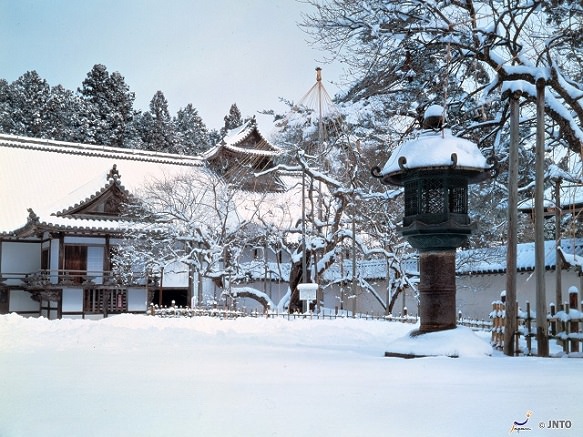 Miyagi Prefecture is located in the Tohoku region and is best known for Matsushima, one of the three most scenic spots in Japan. Matsushima Bay contains over 250 small rock islands shaped by the ceaseless slapping of waves and pine trees misshapen by the winds. The small town is also known for Zuiganji, one of the Tohoku Region’s most important Zen temples. A historical temple, Zuiganji was founded in 828 and restoration began in 1604 until its completion in 1609. Haiku poet Matsuo Basho wrote his famous haiku in Zuiganji. Its capital Sendai is also a famous destination among tourists. Many of Sendai's tourist attractions are related to Masamune and his family such as the Aoba Castle. Aoba Castle was built 100 meters above the town and Masamune chose to locate his fortifications here to defend the castle. Explore the ruins of Aoba Castle or rest and relax in the neighborhood of Mt. Aoba-yama, which has been transformed into a gracious public park with nice view over the city. 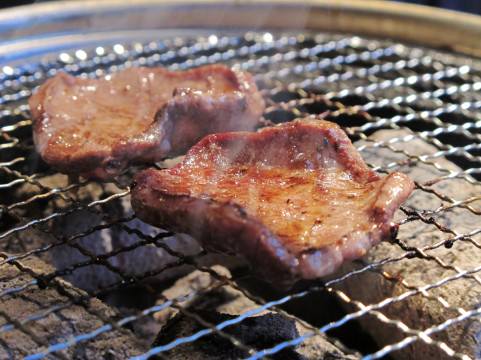 Miyagi’s most popular dish is “gyutan yaki” or grilled beef tongue. "Gyu" means "beef" and "tan" comes from the English word "tongue" The first gyutan restaurant was created in Sendai in 1948 by a yakitori restaurant owner and has been a favorite dish of Miyagi since. Gyutan is often grilled over charcoal to give it a slight charcoal seasoning. The beef tongue tastes not too different from other kinds of meat and is very chewy and juic. Gyutan is commonly enjoyed by dipping in salt which is where it derives its other name "tanshio".

Over a fifth of oysters in Japan are produced in Matsushima Bay, Miyagi. These Pacific Oysters, also known as Miyagi Oysters due to its Miyagi origin, are one of the most widely farmed today. 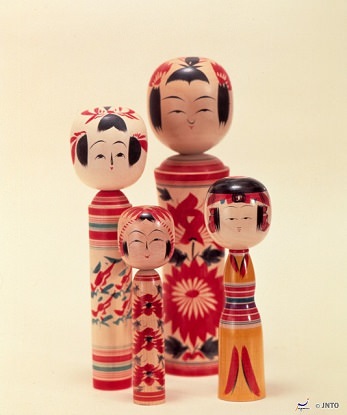 Miyagi is the origin of "kokeshi", handmade wooden dolls. The dolls have a cylindrical torso without limbs and an enlarged head with the faces and details painted on. It is said that the kokeshi were of spiritual significance, wishing and bringing health among their children. There are several varieties of original kokeshi but the most common is the Naruko kokeshi which originated in Miyagi Prefecture. Today there are various types of kokeshi with more intricate and modernized designs. Rather than the original kokeshi whose cylindrical trunks were painted with lines of a few colors, more modern kokeshi have kimono prints painted on their bodies and feature more shapely hair and bodies. Whether you prefer the contemporary or modern kokeshi, be sure to check out how these kokeshi are traditionally made. The techniques used in spinning and carving the wood into a perfect cylindrical shape while painting designs is truly a technique only a true craftsman can complete. 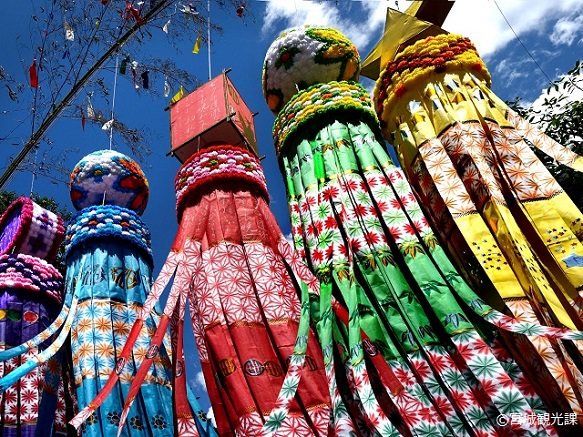 Sendai Tanabata Matsuri is a major festival in Miyagi celebrating Tanabata. Although Tanabata is generally celebrated in July by the rest of Japan, in Sendai, it is celebrated in August, following the lunar calendar. Sendai Tanabata Matsuri is unique for its seven decorations (streamers, paper kimono, paper strips, paper crane, paper purse, paper net, and paper trash bag) all of which represents different good fortunes: health, longevity, well-being of family, progress in calligraphy, good fortune, rich harvest, and cleanliness. These colorfully decorated streamers as well as parades and fireworks make the Sendai tanabata Matsuri the largest Tanabata festival and one of the three major festivals in the Tohoku Region.