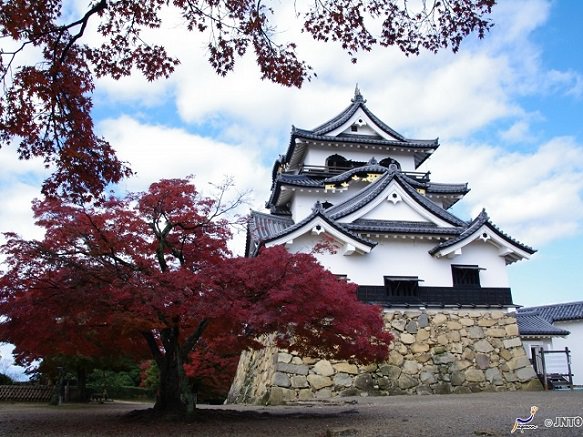 Hikone Castle is an original castle, i.e. it survived the post feudal era without undergoing destruction and reconstruction. Hikone Castle has a backdrop of Lake Biwa-ko and Kinki-zan Hill (50 m), and is regarded as one of four national heritage castles, along with Inuyama Castle in Aichi, Himeji Castle in Hyogo, and Matsumoto Castle in Nagano.

Its three-layered chalk castle tower still maintains its noble and heroic appearance as a symbol of the city. At the base of the castle hill stands the Hikone Castle Museum whose main attraction is a partial reconstruction of the former palace buildings. The buildings, which include multiple tatami rooms, corridors and gardens, served as the government offices of the lords and have been reconstructed in the 1980s with great care according to excavations. Ordinary exhibition rooms display the clan's family treasures, including arms and armor, kimono, music instruments and documents. 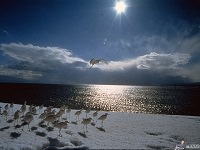