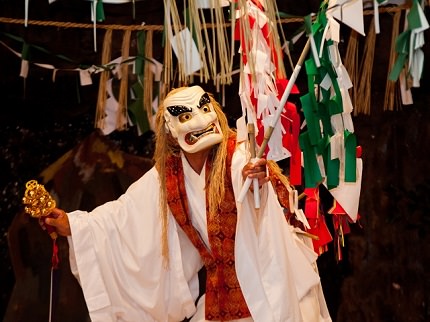 Steeped in myth and legend, Takachiho in Miyazaki has been known since ancient times as a sacred ground where the gods descended to earth. The "Yokagura" show is a theatrical Shinto performance, famous to the Miyazaki prefecture. The Yokagura consists of 33 parts telling the story of the Ama-no-Iwato, a tale of Amaterasu's (the Shinto Sun Goddess) escape into Takachiho Gorge after her brother, Susanoo, terrorized her. She refused to come out, depriving the world of her light. It wasn't until the intelligent Goddess of Happiness, Ama-no-Uzume, hatched a plan to entertain the other gods in front of the cave until they laughed so much, Amaterasu had to come out and see what was going on. Captivated by her reflection from a mirror placed by Ama-no-Uzume, Amaterasu slowly came out of hiding and returned light to the world. The Yokagura show brings the story to life for guests to enjoy. Experience Japanese mythology first hand during any of our Southern Japan Tours or Grand Tour Packages with multiple departure dates throughout the year. 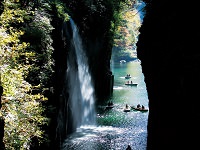 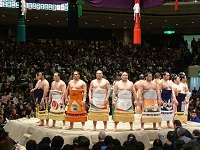 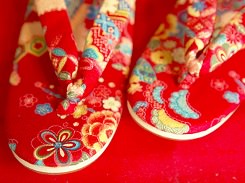 The mix of old and new make Japan one of the most interesting cultures in the world.