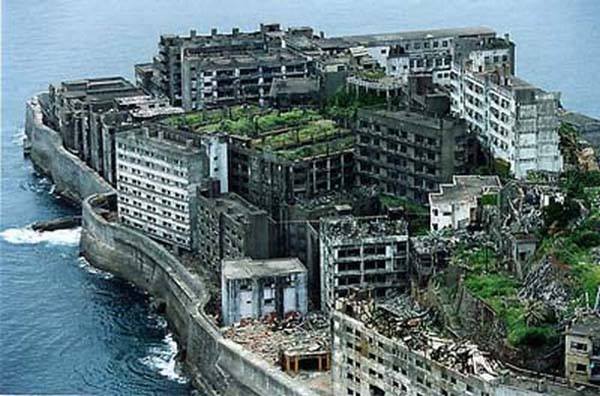 “Gunkanjima” literally “Battleship Island” is the nickname for Hashima Island. It is lying about 15 kilometers (9 miles) from the city of Nagasaki, in southern Japan. The island's most notable features are the abandoned and undisturbed concrete buildings and the surrounding sea wall. It was known for its undersea coal mines, established in 1887. The mine was closed in 1974, and all of the residents left the island soon after. Because of lack of maintenance several buildings have collapsed and other buildings are subject to breakage. However as of April 22, 2009, the island is open once again for public visits. The island was formally approved as a UNESCO World Heritage site in July 2015, as part of Japan's "Sites of Japan’s Meiji Industrial Revolution Iron and Steel, Shipbuilding and Coal Mining. Currently, sightseeing boat trips around the island are provided.