The Theories behind Studio Ghibli Movies

I'm sure by now everyone has heard one or two crazy stories about Studio Ghibli films. Given that they're crawling with Easter-Eggs in almost every other scene, it's only natural that one day someone got bored enough to start putting together darker symbolism together and figure out "Whoa, I don't think this should be a kids movie". Personally, I've never been a fan of Studio Ghibli films, ever since I was a kid and saw "Spirited Away" and was terrified after seeing the parents become boars. In my defense, I was seven. It wasn't until I learned about all these theories that I became much more interested in the works of Miyazaki. For fun, we've complied a great list of the best (or worst) conspiracy/fan theories behind Studio Ghibli!

TOTORO IS THE GOD OF DEATH?! 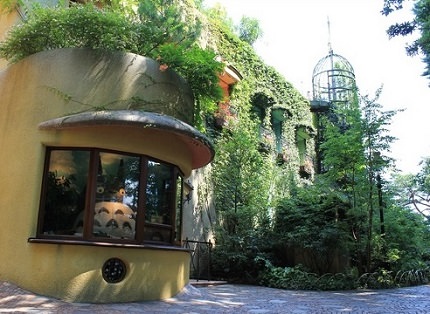 By far my favorite of all the theories I plan on covering, and also one with the most support and possibly longevity. I first heard this theory when I was in high school, after my Japanese teacher finished showing us "My Neighbor Totoro", even though half the class has seen it 20 times (incidentally, it was my first time), and decided to ruin 30 students' days in two minutes.


I plan on keeping each of these theories short, but that "Mei" not do this one justice. To sum it up, Mei and Satsuki are dead cause Totoro is a Shinigami, or God of Death. Far-fetched? Not really. While there is a plethora of support to this theory, the two most prominent points of evidence stem from:

Have I freaked you out yet? Well, I won't get too much into the Sayama Incident (it's pretty sad and if you google it, you're going to see Totoro), but in 1964, a 16 year old high school girl was kidnapped and murdered. Her older sister went to look for her and, well, it doesn't end pretty. There are many parallels to the Sayama Incident referenced throughout the film (Including a similar hospital name/location, the name Sayama Tea on one of the moving boxes, and during the Sayama Incident, the older sister said eerie things such as saying she met a large tanuki and saw a cat monster... I got the chills so I'm going to stop right here

Oh wait I said there are two parts. So the towards the end, Satsuki and Mei's mother states she thought she heard Satsuki and Mei laughing. Kind of weird that the two girls are outside sitting on a tree while their mom and dad are inside the hospital, paying no attention to their two daughters outside. Given that their mother is also close to death, it could be only she can hear the sounds of the dead. Yup the chills keep rolling.


Oh yeah and the Sayama Incident happened in May, which Satsuki is Japanese for May and, well Mei. . . But Totoro is so adorable!.

Another fun theory that has gotten some more traction in the years is that all the Miyazaki movies are interconnected, following a strangely unique timeline. Some websites have tried putting this together, so I think I'll take a crack at it myself. Below is the order of where the movie falls under the timeline, including the year the movie is produced, and a brief reason why!

With Bows, cannons, and a much more nature oriented theme, I say this could well be the first movie in the universe. The history behind this movie places it between post World War 1 and Pre-World War 2. These two happen a bit intermitently, Grave of the Fireflies being a World War 2 story and the Wind Rises serves as an autobiography to Jiro Horikoshi. If anything, Grave of the Fireflies happened first in a way It's often thought the shoe Satsuki finds is the shoe Chihiro dropped into Kohaku river so we know the that the movies aren't too far apart How do we know? The car Chihiro/Sen's dad drives is a 96 Audi. So at least post 1996 A lot of the tech is reminiscent to a 90's style, also, this movie marks the "Apocalypse" in the world, which is why all of the next movies will begin to make sense with how they are placed. Remember, most of the world is starting to become submerged. I know to place this one after Ponyo cause Sosuke and Ponyo look an awful lot like Mr. and Ms. Osono So most of the world is still submerged from the events of Ponyo right? We need the new tech which makes sense in these films.

So what do you think of the list? Kind of weird? Kind of Cool? I know there are a lot of other movies, but most can be placed in similar spots throughout, this is just a general from start to finish type of timeline.

A few more theories that aren't as detailed, some being confirmed by Miyazaki himself:

Don't worry, Miyazaki has debunked a lot of the darker fan theories (ahem the first one), and remember, a trip to the Tokyo Ghibli Museum may be the pick me up you need after reading about the strange fan theories!


Note: The Ghibli Museum will be closed due to maintenance and renovations between 5/9 - 7/15.