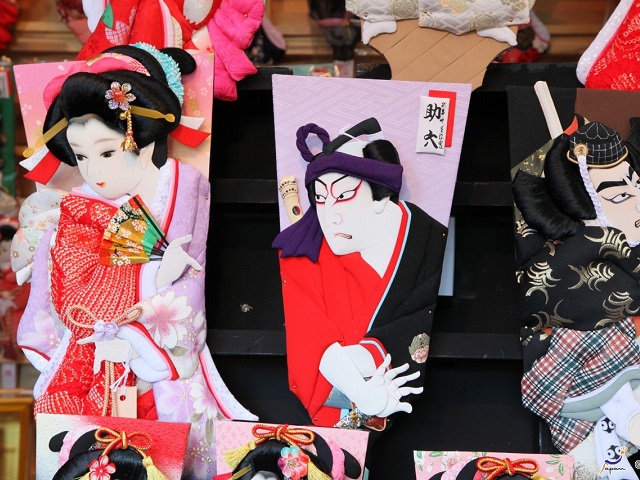 Hagoita is rectangular wooden paddle originally used as an equipment for Hanetsuki, a traditional Japanese game similar to badminton without a net. This game is mostly played by girls at New Year and is also considered to bring New Year’s lucky charm. Nowadays, playing Hanetsuki is rarely seen and Hagoita has become a symbol of New Year’s ornament. Crafted decorative Hagoitas are sold and during Hagoita Ichi, some Hagoitas cost over 1, 000 dollars or more.

During some days in December in Asakusa, about 50 Hagoita booths will display a variety of art crafted Hagoitas to entertain the eye.