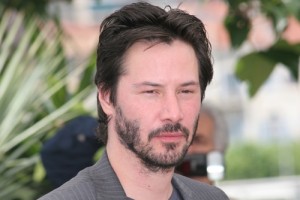 Keanu Reeves recently appeared in Tokyo with film director Carl Rinsch and his co-stars to promote his new 3-D movie, "47 Ronin," which is based on an event that took place in Japan during the Edo Period.

"Reeves leads the cast as Kai, an outcast who joins Oishi (Hiroyuki Sanada), the leader of 47 outcast samurai," states Rotten Tomatoes, an online resource for film news. "Together they seek vengeance upon the treacherous overlord who killed their master and banished their kind. To restore honor to their homeland, the warriors embark upon a quest that challenges them with a series of trials that would destroy ordinary warriors."

The Associated Press reports that Reeves and Rinsch began working on the concept of the movie about two years ago, opting to put their own spin on the story — which includes timeless themes like revenge and loyalty — so that they could turn it into a Hollywood blockbuster.

After watching films or reading books that take place in Japan, it's great to be able to see the country in person and experience its unique culture. That being said, if you're interested in going on a Japan vacation in the near future, you may want to consider signing up for one of Japan Deluxe Tour's exciting Japan travel deals. For example, if you've always loved watching anime, the Tokyo Anime Fair & Tokyo Tour may be just what you're looking for. Check out our website today to find out more about this and other incredible opportunities.