Machu Picchu of Japan? Castle in the Sky Takeda Joshi

Castle in the Sky 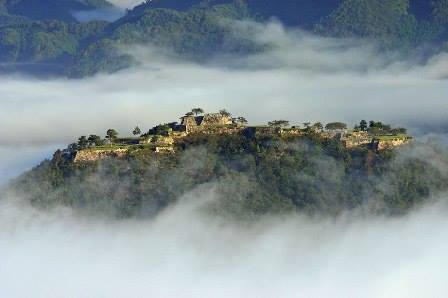 It is often referred to as the Machu Picchu of Japan. Well elevation of Machu Picchu is 7970 ft that of Takeda castle is 1162 ft no comparison but take a look at the picture. Isn't it breathtaking? Tourism is booming the number of visitors has swelled to 240, 000 from 10, 000 in 10 years. Why? Media began to introduce this picturesque hidden place to whole nation. Then back in 2012 it was used in the filming of the hit movie titles ANATAE, means for you, attracted to many people for sure. Do you want to see the castle in the sky emerging from the sea of clouds? Unfortunately it cannot be seen year around. You can try during September to November between before sunrise to around 8:00am. Location:Wadayamacho Takeda Asago, Hyogo Prefecture