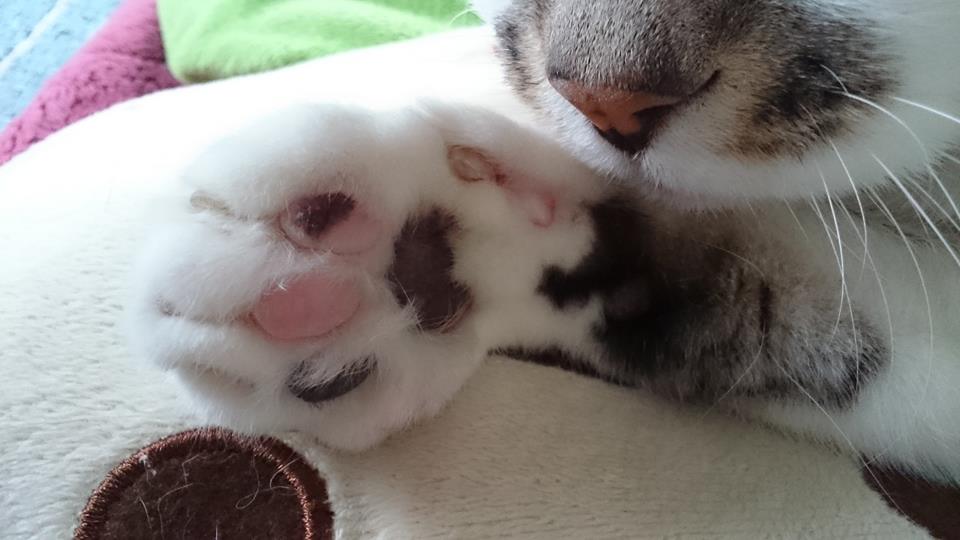 Have you ever smelled Cat or Dog's paw? Some people might say 'What are you talking about!!??' BUT let me tell you that they (paw) smell like popcorn!!!! (but not every single paw... you know, some might smell bad ;p) Some people say it smells something roasted. Many of Japanese loves 'PAW'. There are sooooooo many goods related to paw in Japan. Sweets, Cushions, stickers, accessories, slippers, gloves shape like a paw. You will be surprised how much paw products we have in Japan. One Japanese company developed a new product Cat Paw Hand Cream!!! It's not FOR the cat's paw! It's a hand cream for human which smells like a Cat's Paw! Paw might have therapeutic value like an animal itself for people who loves animals. Have you heard about Cat Cafe? It's a cafe but you can also play around with a bunch of cats. The first Cat Cafe was opened in Taiwan long time ago and it became very popular in Japan. There are about 200 Cat Cafe in Japan!