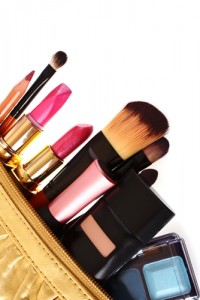 Anime fans will surely want to catch the January 14th premiere of "Face Off," the SyFy reality television show that pits renowned make-up artists against each other to compete for a shot at a number of coveted prizes, including $100,000 in cash. According to Make-Up Artist Magazine, the sixth season kicks off in Tokyo, where contestants will be tasked with designing "stylized anime characters based on their own alter egos."

Each year, "Face Off" features exciting competitions and a variety of guest judges that film buffs will likely recognize for their popular work.

If experiencing anime and everything that this style has influenced from the comfort of your home isn't enough, you may want to consider signing up for Japan Deluxe Tours' Tokyo Anime Fair and Tokyo Tour, which takes place in March 2014. There's no better place to enjoy anime than at this event, as you'll be surrounded by a plethora of people who share this common interest.

Our tour package includes hotel accommodations, meals, ground transportation, access to an English-speaking tour guide and more. Plus, you'll have plenty of time to explore Tokyo on your own. Check out our website today for additional information!