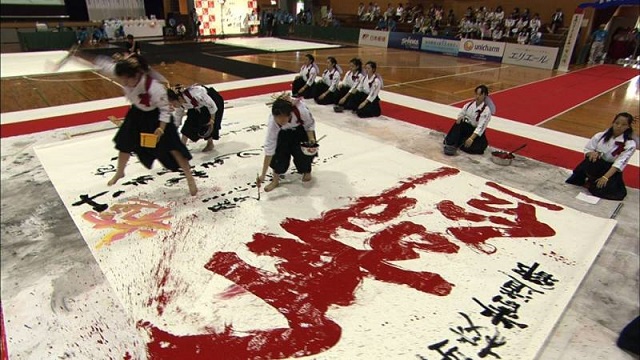 Have you ever heard “Syodo Girls”? These girls are high school students and do calligraphy performance with dancing. The national contest is held once a year in summer in Ehime prefecture. It was started from a Mishima high school’s calligraphy club. They used to do a performance event at a shopping mall but it became popular when it was showed on TV. It became a movie, too. Now, there’re a lot of Syodo Girls and they compete their skills. The contest is judged by a sense of energy, the beauty of their calligraphy and the performance. In this summer, it will be held on July 26th. Why don’t you watch it??