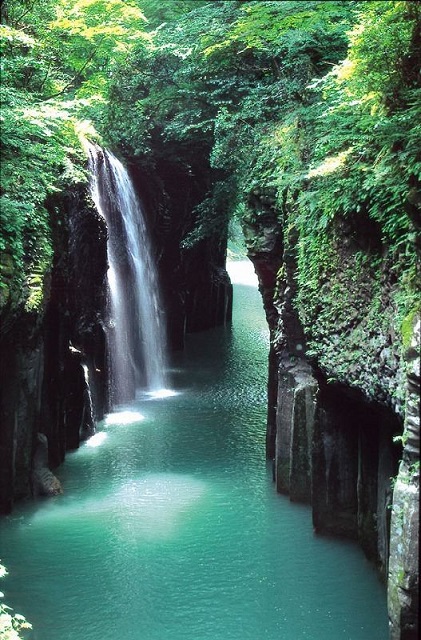 Legend states, when Susanoo, god of storm, terrorized Amaterasu, his sister and sun goddess, she hid in a cave plunging the world into darkness. The cave is called Ama-no-Iwato, the heavenly rock cave, and it exists in a small town in Kyushu called Takachiho. It is located deep in the forest of Miyazaki away from the bright lights of the city and pollution. Take the steps to uncover the mysteries of Shinto’s beloved goddess my visiting Takachiho Shrine and see the kagura dance where they re-enact the legend of Amaterasu and her escape to the cave. The dramatic finale to the story ends with a dance where the cave opens bringing the sun and life to the world. Witness the gorgeous waterfalls and daunting rock formations at Takachiho Gorge.