Star festival is called “TANABATA(七夕)” wishing on a star 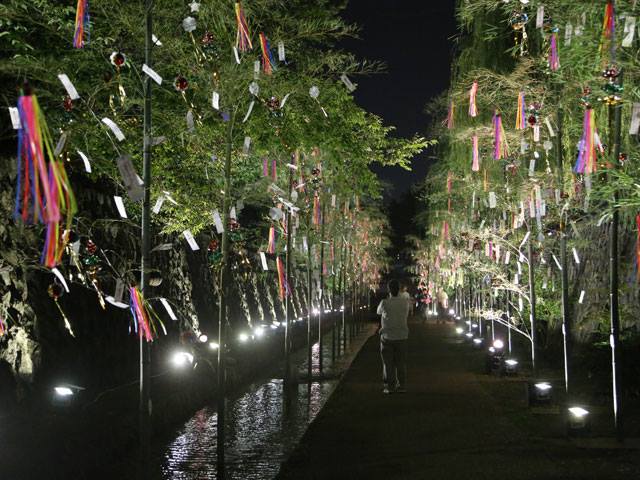 Star festival is called “TANABATA(七夕)” in Japanese. Tanabata festival is usually held in July. Tanabata is the legend story that Altair (彦星-hikoboshi) and Vega (織姫-orihime) a harmonious couple separated by the Milky Way(天の川-amanogawa), who cross the river and meet once a year on July 7th. This legend came from China. In China, they wish their skill up of sewing or calligraphy. On the other hand, in Japan, we write a wish on a strip of paper (短冊- tannzaku) and hang them on branches of bamboo trees. In Kyoto, they held Tanabata festival every year at 2 venues (Horikawa and Kamogawa). They have some events, for example, projection mapping on the river, Maiko’s(舞妓) dance, write a wish on a strip of paper and something like that. Why don’t you come to Kyoto and enjoy Japanese festival??