The history of ninja

The history of the ninja 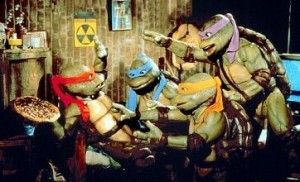 When Americans hear the term "ninja," they often think of pop culture sensations like the Teenage Mutant Ninja Turtles and Power Rangers. The truth is though, that ninja are a special part of Japanese culture that have their own unique history.

Ninja trace back to Feudal Japan, and are often contrasted with samurai. While samurai were known for being honorable soldiers, ninja are remembered for their unorthodox warfare tactics which included sabotage, infiltration, espionage and assassination.

"Despite [the] many folktales surrounding ninja, legitimate historical accounts are scarce," states Tofugu, a resource on Japanese culture. "This is not really a surprise as they are in fact ninja, masters of stealth and secrecy. Many ninja were recruited from the lower class, or rejected samurai, and most of the historical focus was on the upper class and noble samurai during the time."

In America, most references to ninja are based more on the folklore than the actual history, as the former has remained more popular over the years.

If you're interested in learning more about ninja and you have a trip to Japan scheduled in the near future, be sure to check out the Ninja Museum in Iga for a unique experience.

At Japan Deluxe Tour, our Essence of Spring offering includes a stop at the Ninja Museum, as well as several days of traveling through Tokyo, Nara, Kyoto, Iga, Mt. Fuji, Hakone and more. Each tour includes an English-speaking guide, so you'll have an expert on Japan culture, history and geography at hand to answer any questions you may have along the way. Check out our website to learn more about this and other Japan vacation deals.