The true story about Hachi - the most famous dog in Japan

The true story about Hachi - the most famous dog in Japan 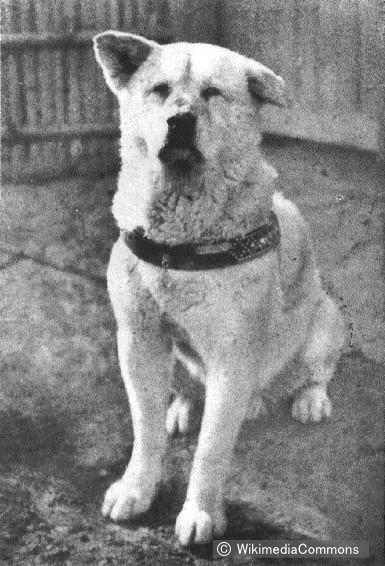 Do you know the movie called Hachi by Richard Gere, 2009? The original movie was filmed in 1987 in Japan. There is a bronze statue of a dog named Hachi in front of the Shibuya station in Tokyo. This it the most famous and popular meeting spot in Tokyo. Hachi was adapted in 1924 by a professor Ueno when he was one month old and had the time of his life. But it didn't last long.... After one year, the Pro. Ueno died unexpectedly and it changed Hachi's life forever.

Hachi was passed around from one to another families. He came to the Shibuya station every day and waited for Prof. Ueno to come back for 9 years. For the first 7 years, he was abused and treated very very badly by the people around the station. After his story was published, people started to bring him treats, and he became famous. In 1934, his bronze statue was erected to honer his loyality and he attedned the unveiling. It seemed that finaly his life turned for better, but he was found dead near the station next year. Now, he is resting in peace next to Prof. Ueno.

After 80 yeas from his death, in 2015. March, the new statue of Hachi welcoming Prof.Ueno was erected in Tokyo University where the Prof. Ueno used to teach. Please come visit Hachi in Shibuya, Tokyo!