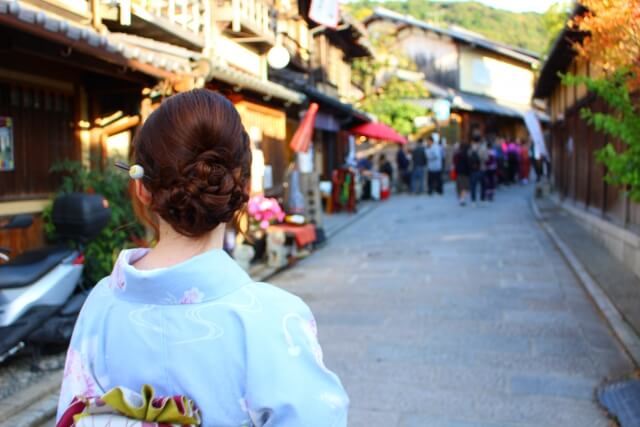 Kimono is a traditional Japanese dress, it's worn on only special formal occasions in present Japan such as wedding ceremony, coming-age day, tea ceremony, graduation ceremony, and funerals. When Japanese people wear Kimono, they choose its color and design depending on the occasion and their ages, for example, black Kimono is usually wore at the funeral, pink or red Kimono is often wore by young people. Kimono is called differently by occasion it's worn. When it's worn at the summer festival, it's called Yukata, on Yukata, you can see goldfish, fire flowers, and sun flowers, which reminds people of traditional Japanese summer. At the age-coming day ceremony, it's called Furisode, needed more thick and gorgeous Kimono than Yukata. At the graduation ceremony, it's called Hakama, special skirt type Kimono. 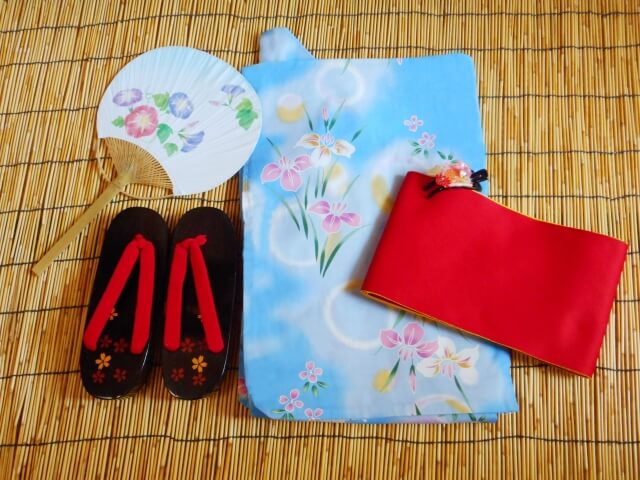 When you buy Kimono, the price is differ from around 10,000 yen for a simple Kimono using cheap fabric to millions yen using luxurious silk. In Japan, some people rental Kimono because it comes expensive and they use on special occasions that are few times in a year. Others inherit Kimono from their ancestors and give it to next generation. Rentaling Kimono and go sightseeing with that has been popular by both Japanese tourists and foreign visitors to especially Kyoto. Basic fee for rentaling Kimono is around 5,000 yen, included Kimono, sash, bag, socks and sandals. There are many Kimono rental shop in Kyoto, and it's spreading into other tourist destinations like Nara, Kanazawa, and Kamakura. When you visit Japan next time, let's try on Kimono and walk around sightseeing spot! It should be wonderful experience for you.