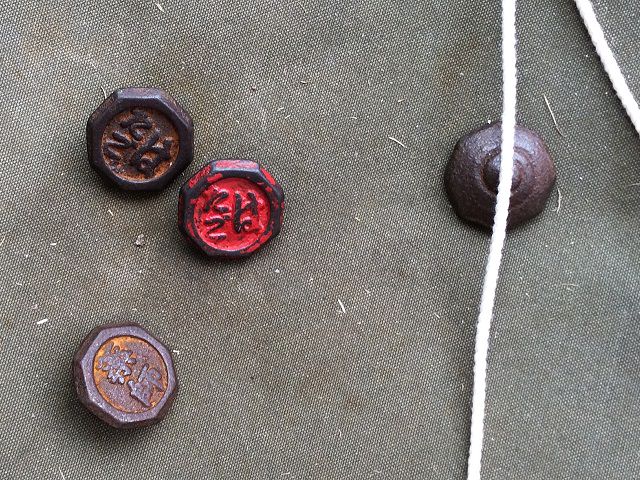 The older generation of people may not know where the header comes from but many kids who grew up in the early 2000's are familiar with it, coming from the popular animated show Beyblades which used spinning tops as a means of fighting/competing against each other. As silly as it may seem, battling spinning tops is an age old game dating as far back as the 1100's in ancient Japan. It was said to have been brought over by the Chinese but has since been a staple toy for Japanese children. The spinning top, or koma in Japanese, is traditionally made of wood but a variation of the game, called beigoma, uses cast metal. Nowadays, with Beyblades and other modern versions around, beigoma is slowly being pushed out, though there are still fans who play. The market is so small in fact, that there is only one factory in Japan that still makes cast metal beigomas. As someone who grew up playing with the modern version of beigoma, I was able to see the fun in competing against friends with the tops, a much simpler time before game consoles and video games really boomed. If you ever get the chance to play with a traditional spinning top while in Japan, I highly recommend trying to play with one as the technique is very unique. But the satisfaction of being able to properly spin the top is great. Maybe you'll feel some sort of nostalgia and remind you of simpler times.