Puzzles for the Plane! 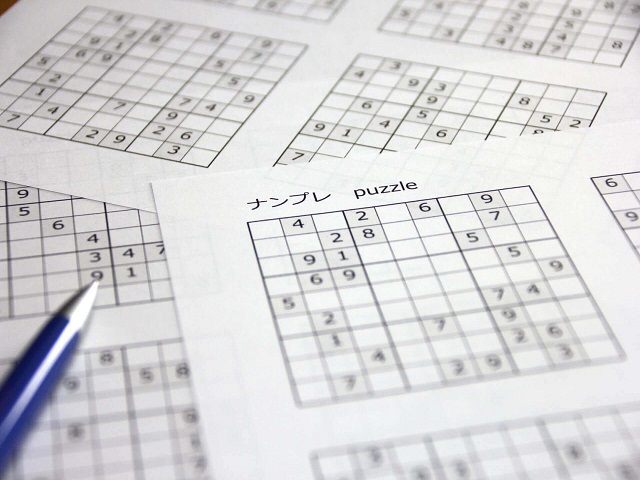 Traveling from country to country can be quite streneous, especially when you're sitting for 12+ hours on an airplane. Of course, you have in-flight entertainment options, as well as your smart phones for tons of apps to keep you entertained. Still, if you're going to Japan, why not get in the spirit with a fun Sudoku puzzle for the flight?

Originating in the 19th century, Sudoku puzzles have been featured in varioud newspapers, similar to crosswords and word searches. A sudoku puzzle involves nine 3x3 squares, with each 3x3 having 1-9 written in each box. The goal is to fill up the puzzle without letting any of the same numbers existing in the same rows (horizontal and vertical). True Sudoku only has one way of solving each puzzle, so it takes a bit of mind power to figure out how to fill up each of your 3x3 quadrants with the values 1-9. Not only is sudoku a fun way to pass the time, but it helps increase your problem solving and analytic abilities. If you're finding yourself on a Japan tour and need something to do for your flight over, or while you're on the bus going to the next destination, try picking up a couple of sudoku puzzles to keep your brain pumping!