What to do in Hiroshima! 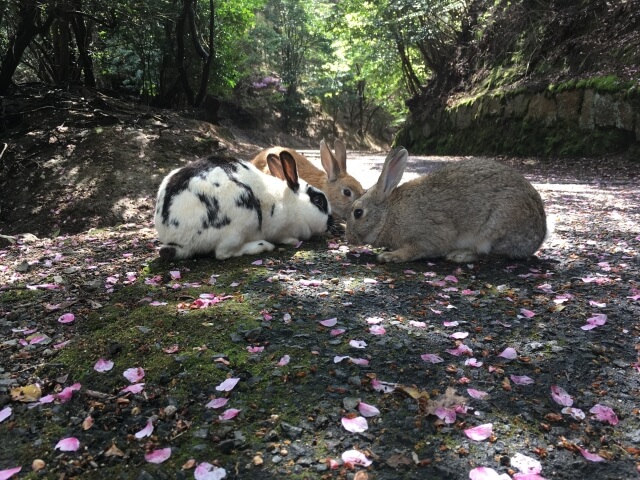 Nara deer park is popular by both foreign travelers and Japanese visitors, and they enjoy playing with friendly deer. However, did you know that there's a small island on Seto Island Sea called Rabbit Islan? It's original name is Okunoshima, located three kilometers from Hiroshima Main Island. There are wild rabbits, although we can’t tell exact number, it’s said more than 700 rabbits are living peacefully on the island. Although this island is called Rabbit Island now, it used to be hidden from Japan’s map since chemical weapons such as poison gas were produced secretly during World War I and II under Japanese army. After the production of weapons, the island was no longer used and rabbits slowly started to take over. If you ever find yourself in Hiroshima and are a fan of cuddly, little rabbits, be sure to hop on a ferry to Okunoshima after your day of sightseeing in Hiroshima on a Highlights Japan Tour! 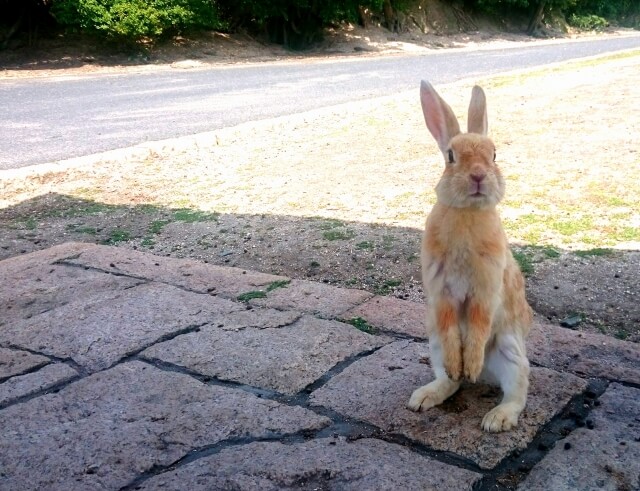 To play with rabbit, you need to bring food for them. As people feed deer with cookies at Nara Deer Park, you should prepare rabbit food, some carrots, or apples here. During the day, rabbits are usually hiding under the trees because they prefer cool weather. Early morning or after sunset is the best time to play with rabbit. 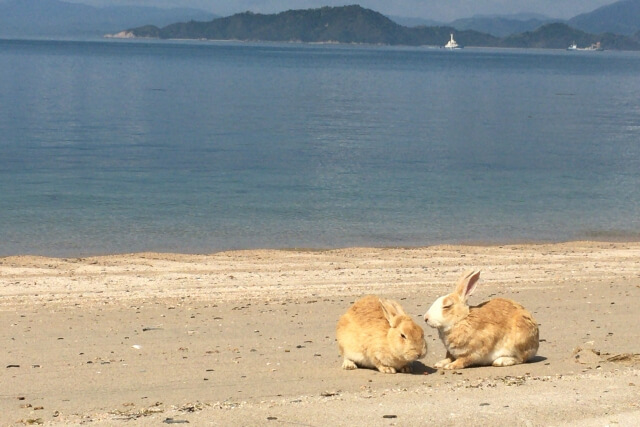 To access this island, you can use ferry from the main island for just 12 minutes. From the center of Hiroshima, you can use trains to harbor, and take ferry. It takes around 1 hour from center of Hiroshima if you use trains. If you want to see rabbits early morning, staying at hotel in Rabbit Island is the best. Kyukamura is the only hotel in this island, popular for its wonderful services. You can enjoy some hot springs, buffet using food from Seto Island Sea, beautiful sunset, and cycling. In summer season, you can enjoy your vacation at beach. If you have chance to visit Hiroshima, why don’t you come to play with friendly rabbits?