Food for Thought: Yakiniku vs KBBQ

Are they the same? 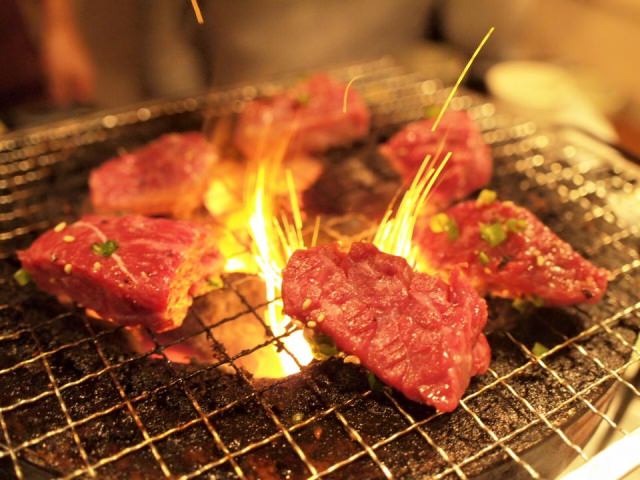 If there is one thing I love more than eating delicious food, it's eating a lot of delicious foods at once. Now that I have a steady (ish?) income, going out for all you can eat KBBQ is something I can enjoy time to time. Of course, when I really want to splurge and treat myself, a yakiniku restaurant is my ideal choice. But what's the difference between these two styles of grilling meat? Well, surprisingly enough, a lot of historians would argue that yakiniku was derived from Korean barbecue. Of course, there are others that comment yakiniku is a post-war meal. To take it even further, there are those that say while yakiniku originated in Japan, it was created by the Korean natives living in Japan. So really, there are a lot of ways to argue the history of the barbecue. But moving on to tastes, there is without a doubt a noticeable difference in each style. Not saying one is particularly better than the other, but it wouldn't be doing either justice to say they are the same meal. Korean Barbecue is where we get our fill of beef brisket, chicken, and delicious marinated bulgogi. On the other hand, going into a Yakiniku restaurant is accompanied with beef loin/chuck, beef tongue, and veggies grilled on the spot. One of the key differences to me is when there are no veggies on the grill, it's probably KBBQ. Maybe that's a little crass, but I seldom go to the best KBBQ spots, but even the few times I was lucky enough, that was one of the key things I noticed. Apart from that, it's all up to whichever you prefer more. I love them both, but if I had to pick a favorite, I'd have to stick with Yakiniku!