5 Years of Volleyball with Karasuno! 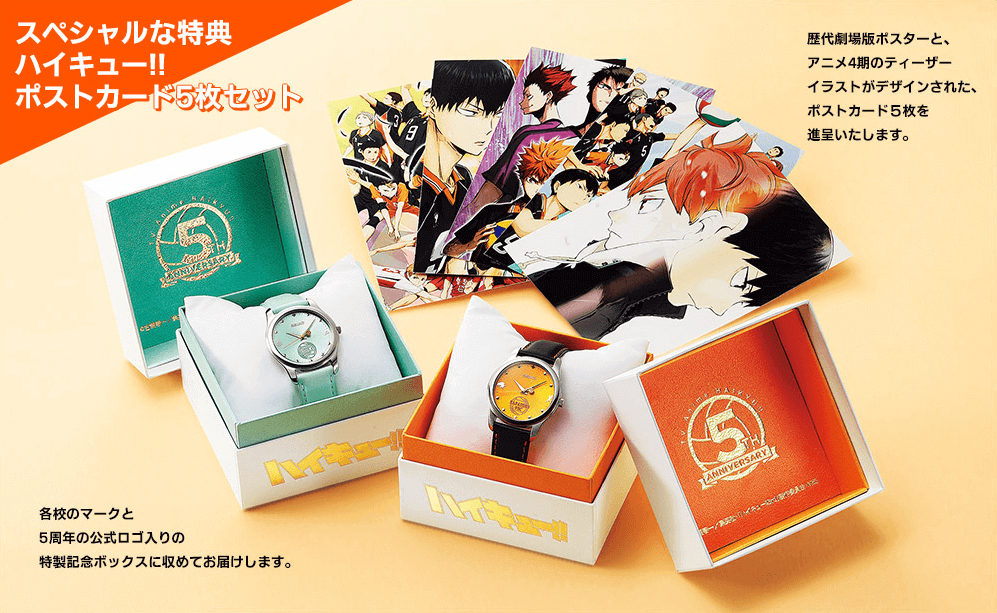 While the watches will include a standard strap and special edition box, each watch includes five postcards based on visuals from the Anime's first three seasons. The back of each time piece includes a commemorative 5th Anniversary logo and is numbered from 1 out of 2,000.

After a highly successful first season, Haikyuu!! went on for a second season and ten-episode special third season in addition to four movies. With a growing fan base and over 28 million copies of the manga sold, it's no surprise Japanese watch maker Seiko wanted to help commemorate the anime's major milestone. Each watch goes on sale for a price of 32,184 yen and is expected to ship in August 2019. 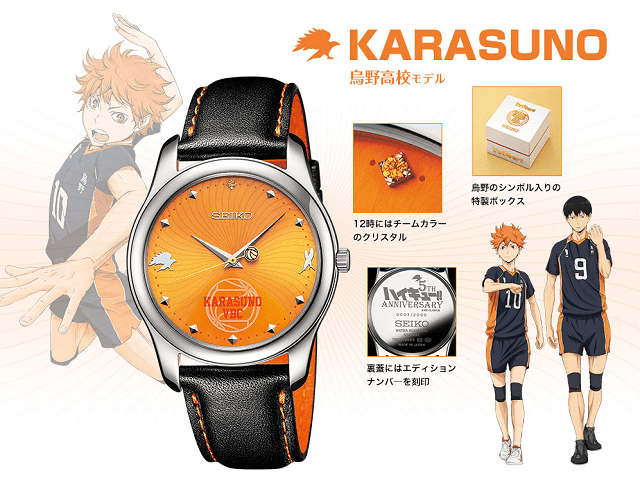 As noted, each watch comes with a special emblem in the 3, 6, and 12 o'clock position of the watch. For the Karasuno High Model, we see a pair of crow feathers on the 3 o'clock, a crow about to take flight at the 6, and a special team color crystal in the 12 o'clock spot.

Rather than focus on a team's ace or more popular characters, both watches opt for a True-to-team design showcasing the team colors and mascot.

Given how popular Haikyu!! has become both in Japan and around the world, it's safe to say these watches will probably sell out fast. Order yours early and show off your anime style with Seiko's latest Haikyu!! collaboration watches!