An Adorable way to Learn about Japanese History 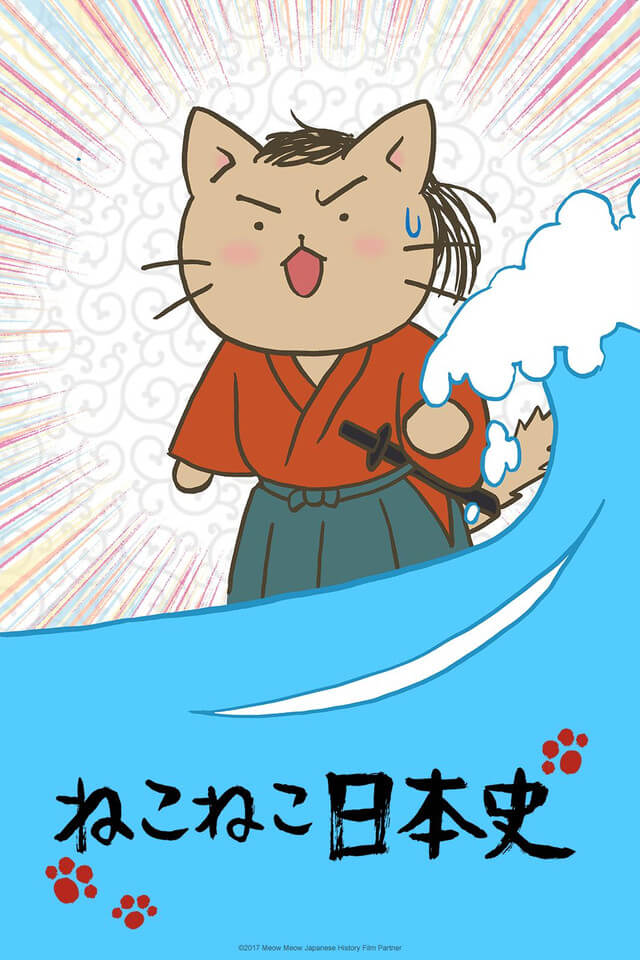 Something I don't like to admit when I'm helping our tour guides out is that I actually don't know a whole lot about the important figures in Japan's history. Sakamoto Ryoma? Oda Nobunaga? Shinsengumi? I mean, I've heard these names before in anime's and while playing video games, but I couldn't really tell you much about the who they are (I can tell you which temples, castles, and shrines are associated with them though).

While waiting for a flight to Japan, I was relaxing in an LAX lounge watching the latest episode of Jojo's Bizarre Adventure (no spoilers please!) when I decided to take a quick break to stretch my legs. When I turned my iPad back on to continue watching, I noticed a peculiar anime with cats dressed as samurai in the corner of my screen. Intrigued, I decided to see what this cat-samurai looking anime was.

Titled Meow Meow Japanese History, or Neko Neko Nihonshi in Japanese, this adorable anime goes over the life and times of historic Japanese figures as told by cats. While the anime is most likely targeted to younger viewers, adults are sure to get a few laughs with all the cat jokes and hilarious antics. Better yet, each nine minute episode covers a different historic person, event, or group in a light-hearted and easy to digest way. The history is slightly modified but still manages to inform the viewers in a comical manner.

I'm already about 10 episodes in and I must admit, I love this show. The Shinsengumi episode in particular had me in stitches, from the introduction of the first chief to the conclusion, I was really enjoying this show. I realize with so many of Japan Deluxe Tour's clients coming from the United States, the UK, or Australia, I think this show would be a great way for anime fans to learn a bit more about Japanese history before starting their vacation. Of course, if there's every a question about Japan you want to ask, our tour guides & staff are ready to help you out!

Learn more about Japanese history and the important figures that shaped the country before your Japan tour begins with Meow Meow Japanese History!

A quick look at the opening theme to give you an idea of what to expect!