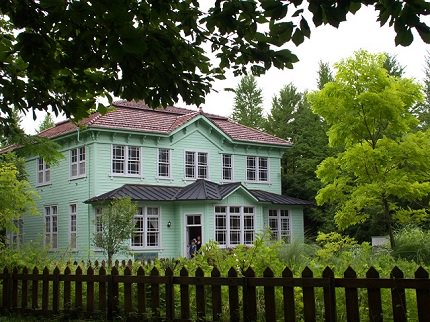 Karuizawa is situated at the foot of Mt. Asama-yama in southeastern Nagano. It is on a plateau with an altitude of 1,000 meters and surrounded by Mt. Asama-yama, Mt. Hanamagari-yama and the Usui-toge Pass. Karuizawa was first "discovered" and promoted as a mountain resort by Western residents of Japan in the late 1800s. It has thrived as the most popular international summer resort in Japan since the late 19th century because of its cool summer climate and breezy environment with many larch and birch trees. Today, many wealthy urbanites own a second home there and many flee to the resort area to escape the summer heat. Yagasaki-koen Park, with an area of 46,000 square meters, is located in front of Karuizawa Station. It is a place for relaxation for local residents. Restaurants, coffee shops, boutiques and fashion goods shops stand side by side in the Karuizawa Ginza district, making Karuizawa a fashionable resort destination for young people. There are several rent-a-cycle shops near the station, and many visitors to the area enjoy cycling through the woods to immerse themselves in the refreshing forest air. Camping grounds, tennis courts, skating rinks, golf courses and many other well maintained tourist attractions are located in the surrounding area. Located along Japan's Romantic Road, nice autumn colors can be enjoyed in Karuizawa around mid October to early November each year. 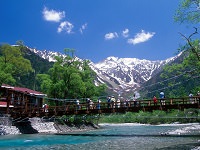 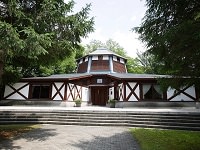 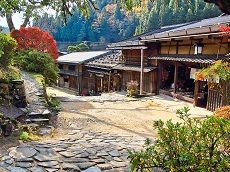