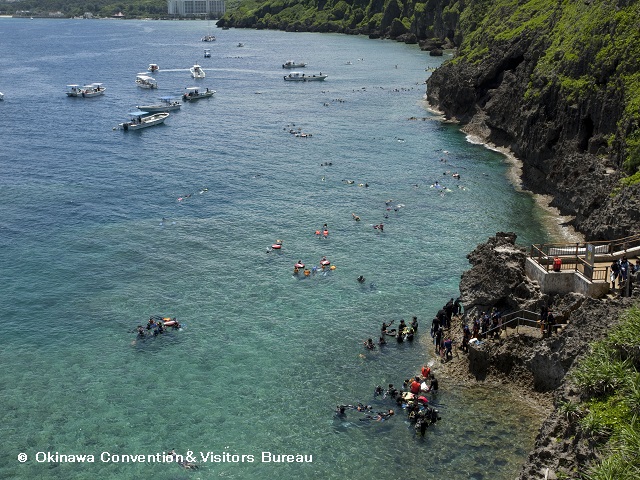 Onna is a village located in Okinawa Prefecture. In 1965 the population of the village was 8,471, and by 2003 had grown to over 10,000 residents. Onna was first established as Unnamagiri in 1673 by the Ryukyu Kingdom. Since World War II, Onna has been a small-scale center of sugarcane production but tourists from mainland Japan, China, Taiwan, South Korea, and many other countries stayed in one of the many seaside resorts. Onna is surrounded by beautiful sea. So, diving is the most popular activity. Lots of divers go to Blue Cave. It is a great place to see the marine life up close.