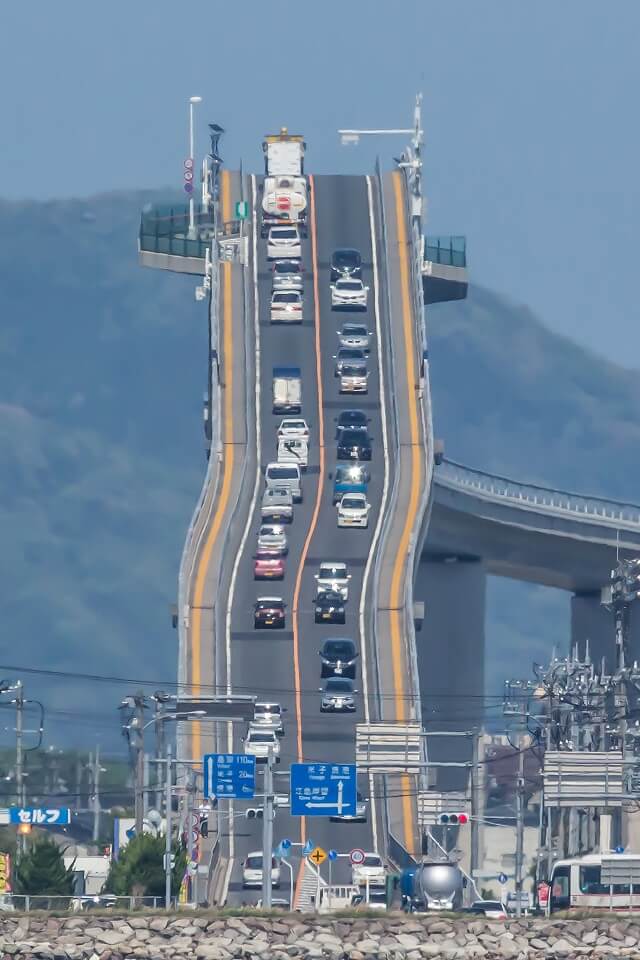 Eshima Ohashi Bridge is a large rigid-frame bridge in Japan that connects Matsue in the Shimane Prefecture and Sakaiminato in the Tottori Prefecture over Nakaumi lake. Built between 1997 to 2004, the bridge is also known as Betabumizaka (Acceleration Bridge) for it's rather steep looking slope.

Due to the need to accommodate some ships as high as 45 meters (147 feet), the bridge was built with a 6.1% slope on the Shimane side and a 5.1% slope on the Tottori side. This allows for ships and other vessels to pass through without disrupting the flow of travel.

The bridge gained popularity after the appearance in the Daihatsu Tanto car TV commercial and thanks to photos on the internet of the deep slope. It isn't uncommon to see tourists and photographers perched along the side, trying to take a snapshot of this rather steep bridge. 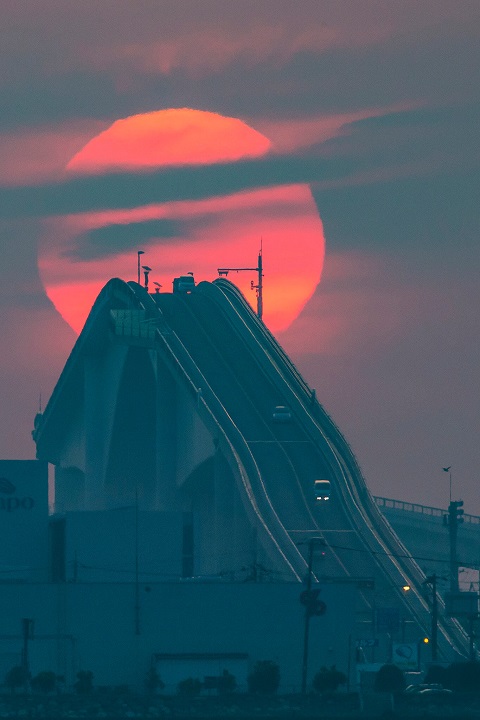 While some refer to the bridge as the Acceleration Bridge, the bridge is also called the Ramen Bridge from time to time. Rather than taking the name from the popular noodle dish, Eshima Ohashi earned the nickname thanks to it's rigid-frame build. The bridge is actually the largest rigid-frame style build in Japan, and the third largest in the world. The Japanese language uses the German word for frame, Rahmen, resulting in this funny coincidence.

Eshima Ohashi can also be crossed on foot, though it may be a little slow depending on traffic. The bridge is best enjoyed from afar, or if you ride up to the top to view the sunset during your drive. Interested in riding up these unique Japanese architecture? Ask your travel agent about Japan Deluxe Tour's affordable line of private tours to explore the Eshima Ohashi Bridge and the rest of Tottori with your own private tour guide. Your dream vacation is just a call away. 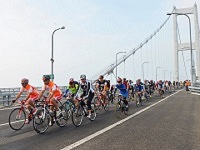