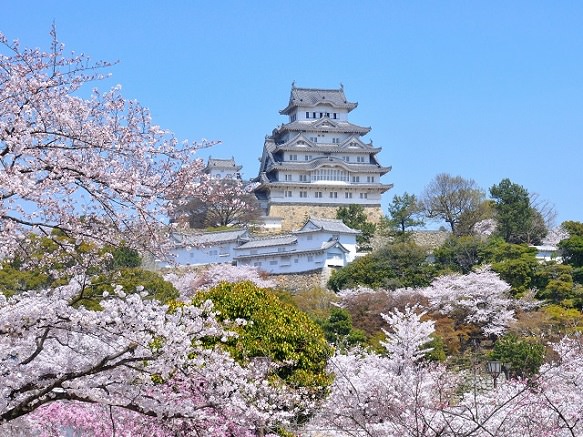 The city of Himeji is most famous for its marvelous Himeji Castle. It was constructed in the mid-14th century, and after a three-layer castle tower was built by the order of the man of power Toyotomi Hideyoshi in the 16th century, Ikeda Terumasa, a feudal lord of the castle rebuilt it further in the 17th century. Its figure was likened as a white heron spreading its wings, and thus called the Hakuro-jo, or White Heron Castle. It was designated as a national treasure in 1931, and as the World Cultural Heritage in 1993. The Tenshukaku (castle tower) is the main structure and has 5 stories in appearance but 6 stories inside and a first basement. All structures are covered with white plaster unique to Japan. The roofs are covered with kawara tiles and white plaster is applied to the joints. The sturdy, magnificent structure and elegant appearance, as well as complex and tactical defense devices make the Himeji Castle the most prominent castle in Japan. The Castle hosts the Himeji Castle Cherry Blossom Viewing Fair, cherry blossom viewing drum music performance and Princess Sen-hime Peony Festival in spring, Himeji Port Festival in summer, Moon Viewing Fair and Himeji All Japan Ceramics Market in autumn. Visitors never cease throughout the year. In the surrounding areas, there are a Japanese garden Koko-en, an affinity with the Castle, Otokoyama Sen-hime Tenmangu Shrine and Hyogo Historical Museum. 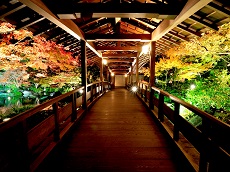 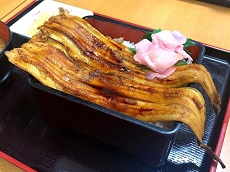