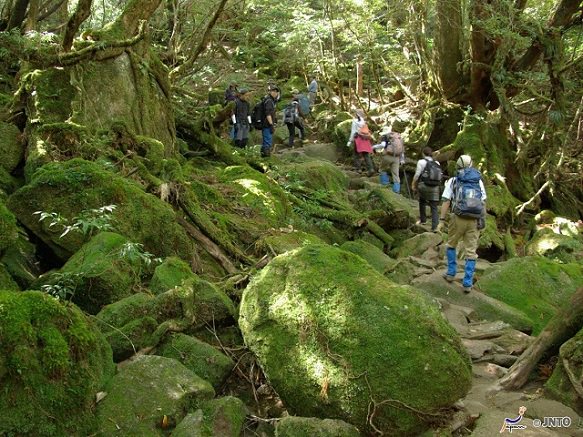 On the island of Yakushima, off the southern coast of Kyushu, is a beautiful nature park, popular for hiking and sightseeing. Within the park are several hiking trails varying in difficulty from the more difficult paths used in the Edo Period to more recently developed paths paved in stone for an easier stroll. Shiratani Unsuikyo is perhaps most famous for the part of the forest that inspired the scenery for the Studio Ghibli film Mononoke Hime (Princess Mononoke). The park itself contains various kinds of ancient cedars including Nidaiosugi.