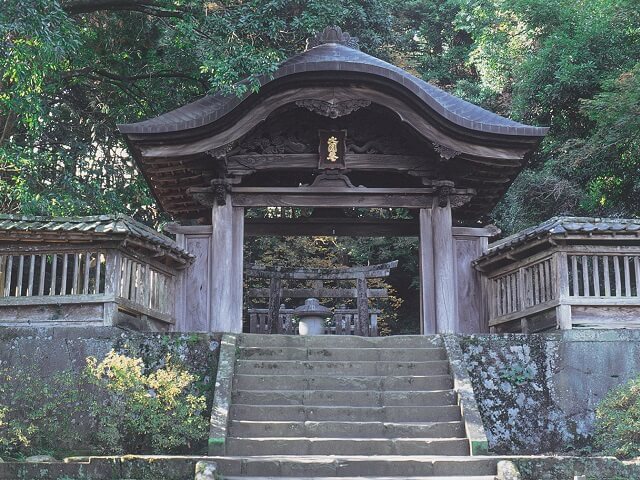 Gessho-ji Temple is the family temple of the Matsudaira clan, the lords of the Matsue Domain. The temple was built using the foundation of a former temple in 1664 when the Mastudaira clan took over the land. Renaming the temple to Gessho to honor the mother of Matsudaira Naomasa, Gesssho means Lit up by moonlight and is the resting place for the Matsudaira clan. The temple is the final resting place for nine lords buried on the temple grounds. Although this quiet temple doesn't get many visitors during the year, the temple becomes a popular spot for hydrangeas in mid-June. The temple grounds are filled with beautiful hydrangea flowers, earning the nickname Hydrangea Temple. The temple itself has been well-preserved, including the tea room associated with the seventh master of the Matsudaira Domain. For a small fee, guests can enjoy a relaxing cup of tea in the tea-room overlooking beautiful hydrangea flowers. 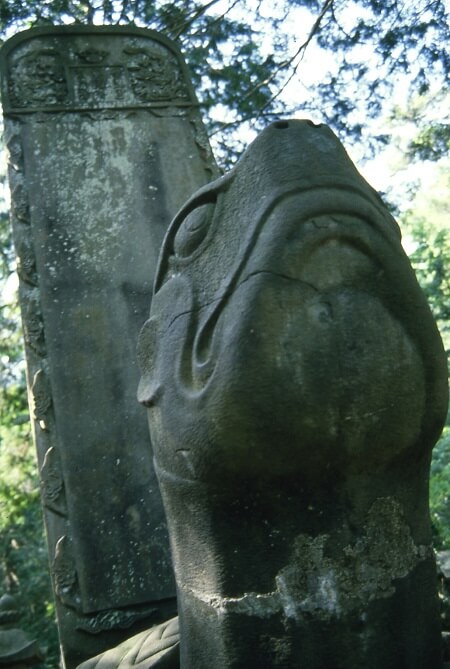 Gessho-ji may be a popular spot to see hydrangeas in bloom, but the temple is most famous for the giant stone turtle that guards the sixth master's grave. According to Matsue-based writer Lafcadio Hearn, the turtle is believed to be a ghost that roams around the streets at night. The legends say the turtle could move to drink from the stream and would cause terror onto the locals, so a monk of the temple used intense prayer to have a pillar of stone fall from the sky to immobilize the spirit. Now, guests can walk safely to this massive turtle and pet the 2 meter head for good luck and safety. We can help you create your own custom Japan tour package to explore Gessho-ji Temple and all the other highlights in Shimane. 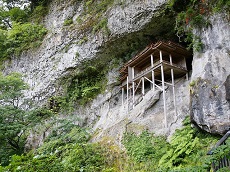 Cliff-side Temple with a National Treasure of Japan 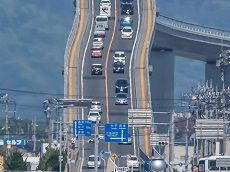