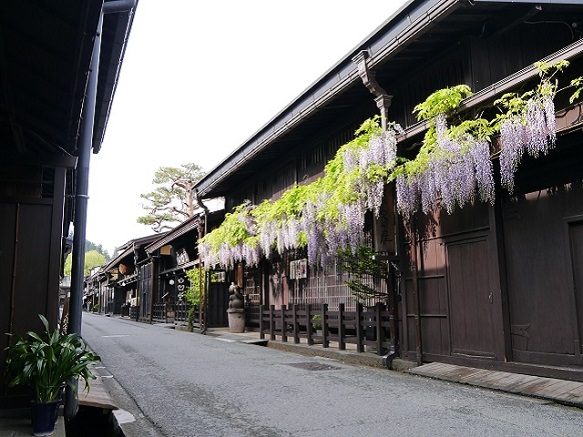 Takayama's Old Town is a beautifully preserved district filled with many buildings and streets from the Edo Period (1600-1868). The Old Town is a reminder of the old days of Takayama, when the mountain village was once a thriving town filled with wealthy merchants and artisans. The southern half of the old town, especially the lively Sannomachi Streets, retains the traditional atmosphere of the days from Edo. There are many old homes, shops, coffee houses, and sake breweries scattered throughout the Old Town, each in traditional buildings and classic architecture. In fact, some of the businesses in Takayama's Old Town have been around since the Edo Period and continue to do business. 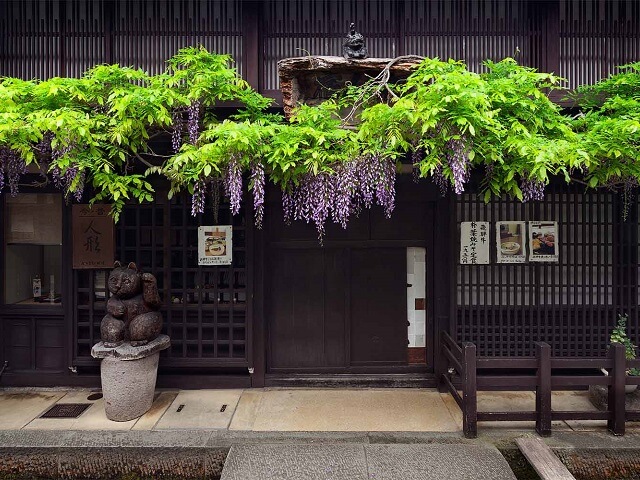 The traditional atmosphere is enhanced by the beauty of purple wisteria flowers hanging from the roof of old Japanese houses. These purple and pink flowers are especially gorgeous during the spring cherry blossom season, making Takayama an attractive getaway during the sakura months of March and April. Similar to Kyoto's Gion Geisha District, the rustic atmosphere at Takayama's Old Town makes it a great place to stop for tea or to appreciate traditional Japanese culture. When browsing around the Old Town, Japan Deluxe Tours highly recommends trying Nikuman Beef Buns or sample delicious gohei mochi.

Walk among centuries of history in the Old Town district during any of our fully-escorted Takayama Festival Japan Tours or Takayama Hidden Villages Japan Tour packages available in the Spring & Autumn. You can also visit Takayama and the rest of Gifu during a Private Japan Tour, available year-round!