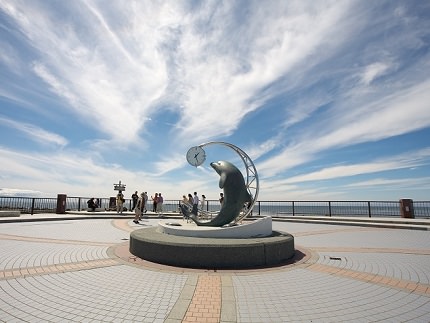 Wakkanai, the northernmost city in Japan, is a port city sandwiched between the Sea of Japan and the Sea of Okhotsk. It is called the "wind town" because strong winds blow on so many days. The port is a center for fishing boats bringing in rich catches of shellfish, such as crab, sea urchin and scallop. It also has ferries going to the Rishiri and Rebun islands, both of which are designated as national parks. Along the coastline is one of the few seawalls in the world that is shaped like a Greek temple. It is in the shape of a 427-meter-long half-arch, and contains a walkway inside. Thirty kilometers east of Wakkanai is Cape Soya, the northernmost point in Hokkaido. The cape has a stone monument in the shape of a triangular pyramid, which was built in the image of the Pole Star. On a clear day, you can see the outline of Sakhalin Island 43 kilometers away. Cape Noshappu, the location of the Wakkanai Lighthouse - the tallest in Hokkaido, is a 10-minute bus ride from Wakkanai Station. The cape is known as a place where you can watch the sun set beautifully below the horizon and into the sea. 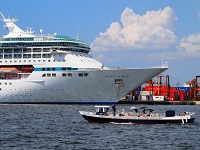 Top port in the number of income passengers, value of trade and handling in Japan 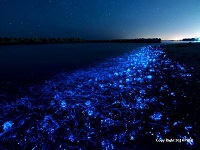 Famous for its firefly squids that light up the bay 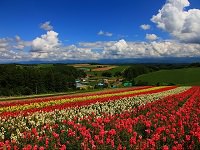 Astonished by the magnificent views of colorful flowers.