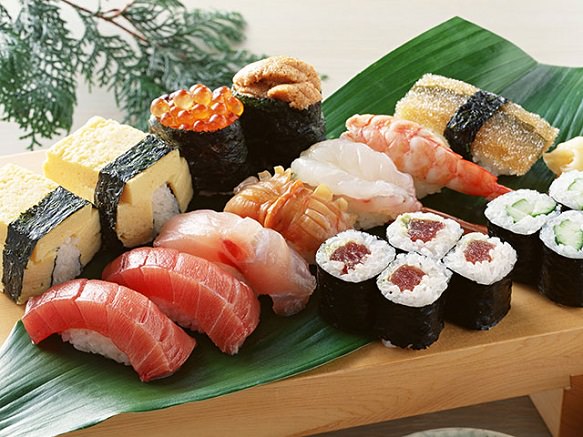 Perhaps the most well known Japanese food, sushi has become increasingly popular worldwide. It traditionally consists of seafood placed on top of a small, bite sized portion of vinegared white. The seafood is usually a sliced piece of raw fish such as tuna, salmon, yellow tail, or seafood such as shrimp or uni. Depending on the sushi restaurant, there can be either a small or large variety in the fish they serve.

Sushi can also take form in a roll and is then called "makizushi". Maki means roll. The seaweed is placed on the rolling mat with a thin layer of rice spread on it. The fish and other ingredients such as cucumbers or pickled daikon radish, depending on the type of makizushi, are then placed alongside the fish and seafood and rolled. Another form of sushi is temaki, or handrolls. The handroll is served cone-shaped, and with the choices of seafood and ingredients often visible to the customer. 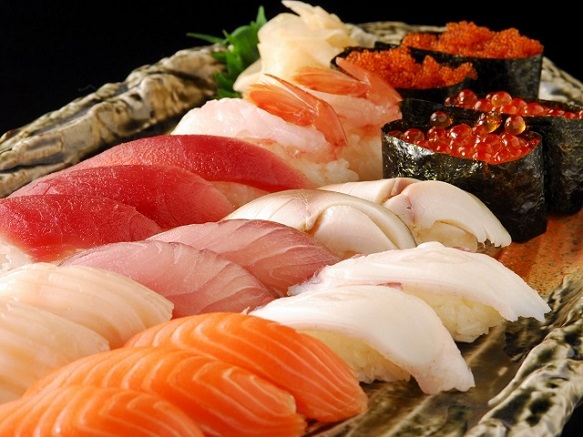 Sushi is enjoyed by those of all ages in Japan. Though it is often believed that sushi is expensive, sushi can actually be very affordable. In Japan, there are the sushi restaurants most people expect when they think sushi but there are also kaiten zushi. At these kaiten zushi, the sushi is placed on a plate and the plates are placed on a conveyor belt which runs in front of the customers who are then to grab the plates of the sushi they wish to eat. Kaiten zushi are usually priced much lower and can even be enjoyed at 100 yen a plate (2 pieces) at some places.

Besides kaiten zushi, there are several other affordable sushi options. Large supermarkets often sell packaged sushi plates with anywhere from 6-12 pieces. These sushi plates are not very expensive, and after a certain time, a few hours before the supermarket's closing, the sushi and many other precooked food are discounted. Also there are sushi shops around town that sell prepackage sushi like Kozo Sushi. These stores also sell very affordable sushi.

As a standard on almost all of Japan Deluxe Tour's fully-guided small group tours through Tokyo, enjoy a delicious sushi lunch at the world famous Tsukiji Fish Outer Market in Japan. You can also customize your vacation with our affordable range of custom add-on's for a sushi dinner during your tour! 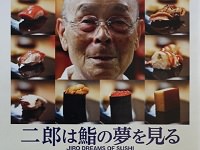 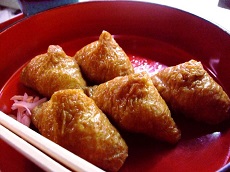 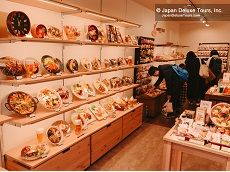 Known as the Kitchen Town, ideal for restaurants and cooking. 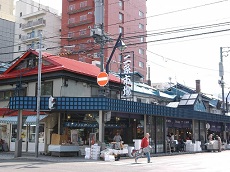