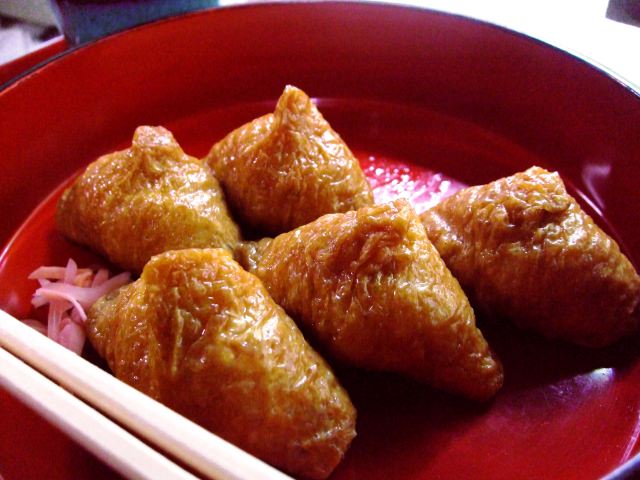 Inari sushi, or inarizushi, is a pouch of fried tofu skin filled with sushi rice. Some variations include adding cucumbers, seasoning, or other toppings, but the classic recipe uses just tofu-skins and sushi rice. Inari also means fox, and the name inari sushi is believed to derive from foxes, because the tofu skin on the inari sushi covers the rice and has pointed corners at the end, which looks similar to a fox's ears. Foxes play an important roll in Japanese culture, as they are believed to be messengers for the gods. The famous Inari Fushimi Shrine in Kyoto is just one example of how foxes show up in Japanese culture. We highly recommend trying Inari sushi during your Japan tour in Kyoto. Inari sushi is also referred to as football sushi, because it almost looks like a miniature football. Regardless of what you call it, Inari sushi is a popular snack found in sushi restaurants across the world.

You may have had inari sushi before coming to Japan, but nothing beats enjoying fresh Inari Sushi while at the famous Fushimi Inari Shrine in Kyoto during any of our Spring Cherry Blossom Tours or Highlight Japan Tour Pacakges between Tokyo & Kyoto! 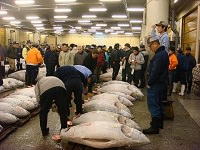