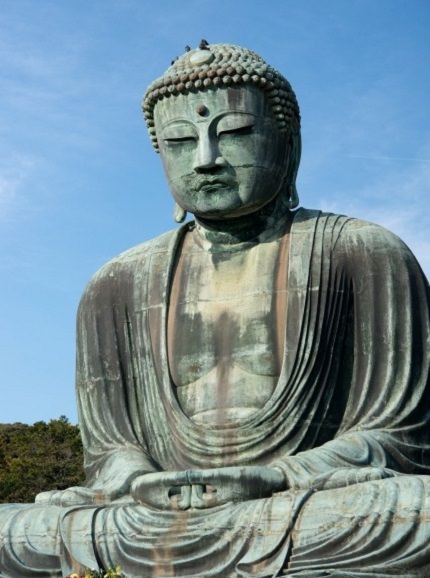 Kotokuin a small city most famous for the Kamakura Daibutsu or Great Buddha of Kamakura. Next to the Giant Buddha in Todaiji Temple, the Great Buddha is the largest statue of Buddha in Japan. While the Buddha originally sat inside the temple, over time the temple deteriorated from the effects of weather. The Great Buddha of Kamakura instead sits in the open-air with a serene smile, a feature unique among Buddha statues in Japan. While the effects of weather and time can be seen on the Buddha, the statue still draws thousands to the site to snap photos of the zen statue.

Why not add a day trip to your Japan tour during your free day in Tokyo to explore the Big Buddha of Kamakura at Kotokuin. You can also customize a Japan Tour package with us to include Kamakura Kotokuin and whatever else you want to explore during a fully-guided Japan tour!