Kamakura's Most Popular Spot for Hatsumode 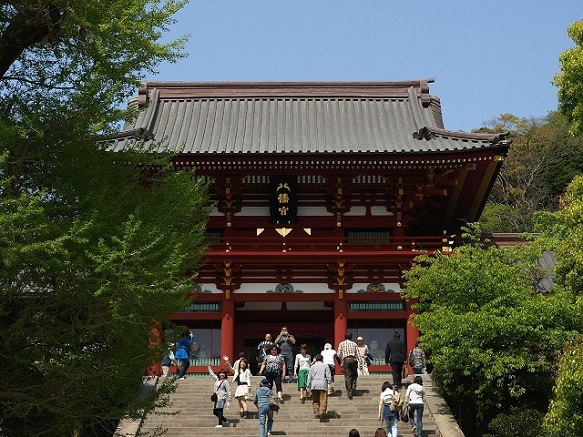 Tsurugaoka Hachimangu, createated by Minamoto Yoriyoshi in 1063, is Kamakura's most important shrine. The shrine is dedicated to Hachiman, the god often associated with war and warriors. The spirits of Emperor Ojin, Hime-gami, and Empress Jingu are enshrined here. Although built as a Hachiman shrine, the area was designed to also operate as a Buddhist temple. The shrine is reached through a long, wide approach filled with torii gates along the way. Upon reaching the main hall at the top of a wide stairway. The hall includes a museum for the shrine based on the history and treasures of the shrine. In addition to the main shrine, there is also the Wakamiya Shrine, the Maiden stage for performances, and until 2010, a massive ginko tree said to be over 1000 years-old. There are also two ponds at the shrine, meant to represent the Minamoto clan and their enemy, the Taira clan. The pond representing the Minamoto clan has three islands while the pond for the Taira clan have four. The Japanese word for four can also be interpreted as death in Japanese. Near the Minamoto pond is a wonderful peony garden open to the public. Although the shrine hosts various events through out the year, the shrine is most popular during the new years. Tsurugaoka Hachimangu is a popular spot among the Japanese for hatsumode, the first visit to a shrine of that year.

Add Kamakura to your free day in Tokyo while you explore the highlights of Japan on a Spring Cherry Blossom Tour or Highlights Japan Tour package with Japan Deluxe Tours! 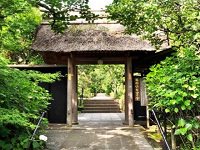