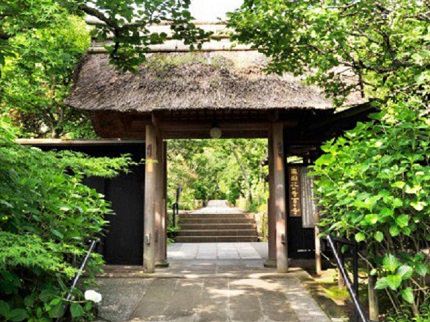 Tokeji Temple, founded by the wife of Hojo Tokimune when her husband passed away in 1285, is a Rinzai sect Buddhist temple and served as a former nunnery. During this period, it was traditional for a woman to become a nun after her husband passes away. Hojo Tokume continued this practice and became a nun. Then, she opened the temple in honor of her late husband.

The temple served as a shelter home for abused women who were unable to divorce their husbands for any reason. By staying at Tokeji Temple for three years, these were women granted an official divorce. This practice continued until 1973 when the Court of Justice became responsible over divorce issues. Tokeji Temple served as a nunnery until 1902 and currently the Main Hall is open to the public. The temple was also known as Kakekomi-dera, runaway temple, and Enkiri-dera, divorce temple.

Learn about the history of women during Japan's Edo-period with an excursion to Tokeji Temple during your vacation with Japan Deluxe Tours. You can add this temple to a pre or post stay option on our fully-guided line of Cherry Blossom Japan Tours or Anime Vacations!