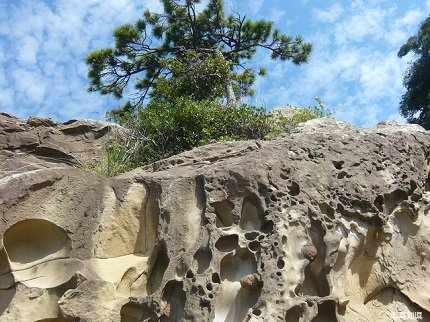 Tatsukushi in Kochi is a coast famous for its interesting rock formations. Of these rocks, two rocks named Ootake and Kotake are especially popular for their unique structures. Ootake and Kotake look as if they are bamboo trees lying on the sea rather than rocks. Tatsukushi is also well known for being a great fossil area. Fossils of footprints of ancient creatures have been found on the Tatsukushi coast.