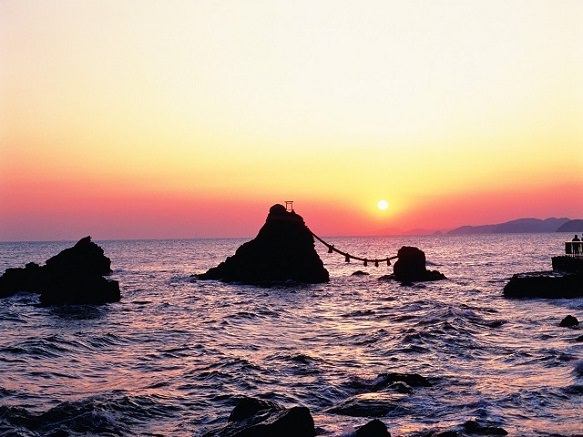 Meoto Iwa, also known as Married Couple Rocks, are two rocks in Mie that are connected to each other by a sturdy rope called shimenawa created from braided rice straws. The ropes weigh about a ton and are replaced several times a year during special ceremonies. The larger rock named Izanagi is the husband and stands approximately 9 meters tall, carrying a Shinto torii gate on itself. The smaller rock, Izanami, is the wife and stands approximately 3.6 meters tall. The married rocks are considered holy and sacred.