Yamagata Mount Haguro | One of the Three Mountains of Dewa 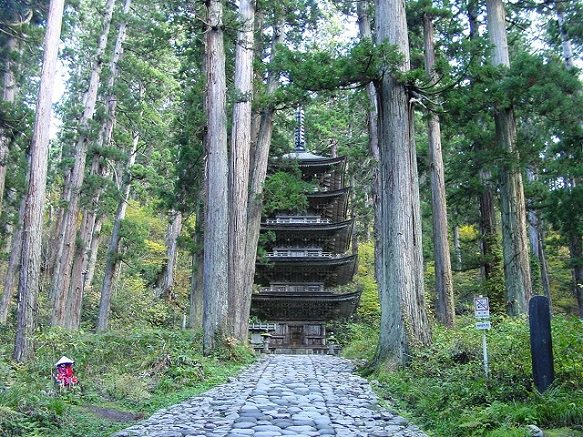 Mount Haguro is one of the Three Mountains of Dewa in the ancient province of Dewa, now Yamagata Prefecture. The mount is the lowest of the three mountains, standing at 414 m. At its summit stands Haguro-san Shrine, the only of the three Dewa Sanzan shrines which is open year round. Symbolizing birth, Haguro-san is usually the first shrine visited by pilgrims. Haguro-san is the easiest to visit because of a toll road that allows visitors to reach the top by car or bus. However, the traditional and recommended approach to the shrine is via a walking trail, which leads through a cedar forest over 2446 stone steps from the base to the summit of the mountain where stands a 600 year old sugi tree. Along the way, 33 figures carved into the stone steps bring prosperity to anyone who can find them all.

Several attractions are located along the walking trail up Haguro-san. Near the trailhead stands Ideha Museum with information and exhibits on Shugendo (a folk religion based on mountain worship), yamabushi (practitioners of Shugendo) and the Dewa Sanzan. About ten minutes into the walking trail stands a five storied pagoda surrounded by cedars. A classical text states that this National Treasure was first built in 937. Further along the steps is a teahouse offering tired hikers water, tea, snacks, souvenirs and even a free hiking certificate. Haguro-san's main shrine holds the deities from all three Dewa Sanzan shrines, making it the most important of the three. The main building, Sanjin Gosaiden, features the thickest thatched roof in Japan, over two meters thick. Also at the summit is the Dewa Sanzan Historical Museum containing information on the shrines in Japanese, along with art and artifacts. 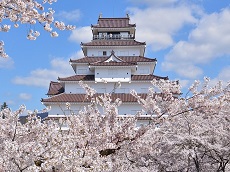