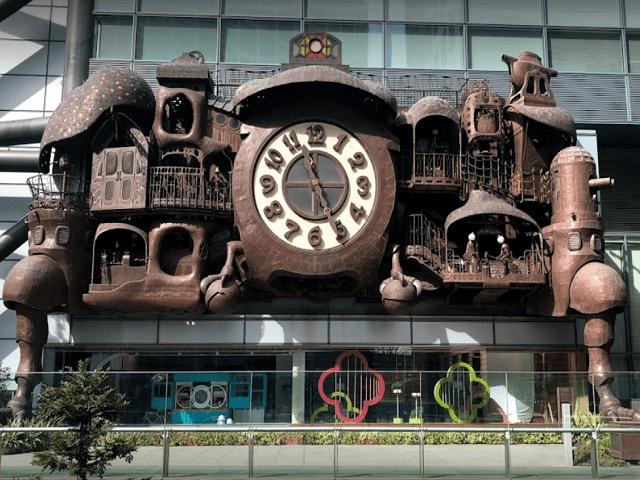 Designed by the world famous Studio Ghibli director Hayao Miyazaki, the Nitele Big Clock or Ghibli Clock is a giant clock on the Shidome section of Tokyo by the Nittele Tower completed in 2006. Although the clock is said not to be directly inspired by the 2004 Ghibli movie Howl’s Moving Castle, many anime fans compare the clock to Hayao Miyazaki's early film. Built with over 20 tons of steel and copper, this three-story high clock spans up to sixty feet wide with a plethora of gears reminiscent to an old, classic clock. However, this magical clock does more than just tell time and take up space. Keeping in touch with Studio Ghibli's flair for performances, this massive clock has 30 different mechanical vignettes that put on a show multiple times a day. Small tin people can be seen dancing around the clock while wheels spin, cannons fire, and more are all moving in intricate detail around noon, 3pm, 6pm, and 8pm Mondays through Fridays. There's an extra show at 10 am on Saturdays and Sundays, but be sure to check in advanced. Each performance begins about four minutes before the start of the next hour, and is recommended to see the show once during the day and again at night.

As with most Ghibli movies, there is an incredible level of detail to the clock's design. There's a small sign under the clock mentioning Hayao Miyazaki's involvement with the project, though upon quick glance anyone could guess he had put his creative spin on the design. It would take more than one show for a Ghibli fan to spot all the details in the clock. In addition to being compared to Howl's Moving Castle, there are also elements of Spirited Away and other Ghibli films during the clock performances. Even if you aren't a Ghibli fan, the clock's show is sure to put a smile on your face. 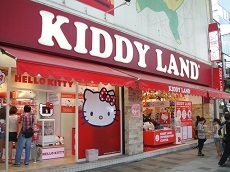