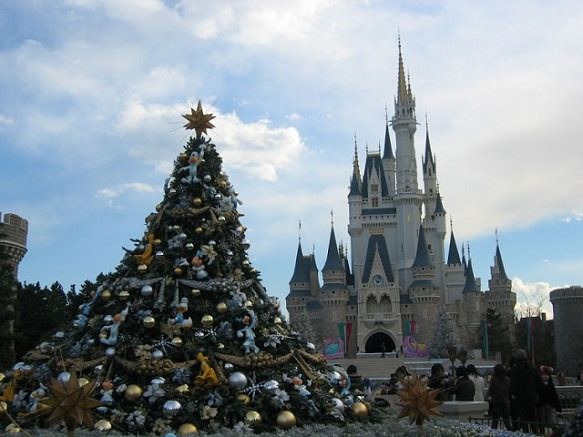 
Japan has its own "Happiest Place on Earth", Tokyo Disneyland. Taking it's design from the original Disneyland in California and the Magic Kingdom in Florida, this was the first Disney Park opened outside of the Unites States in 1983. In 2013 (just 30 years after opening), Tokyo Disneyland became the second most visited amusement park in the world, edging out the original Disneyland before falling short to the Magic Kingdom at Disney World.

Tokyo Disneyland consists of seven themed lands based on the attractions at Disneyland and the Magic Kingdom:

The Happiest Place on Earth 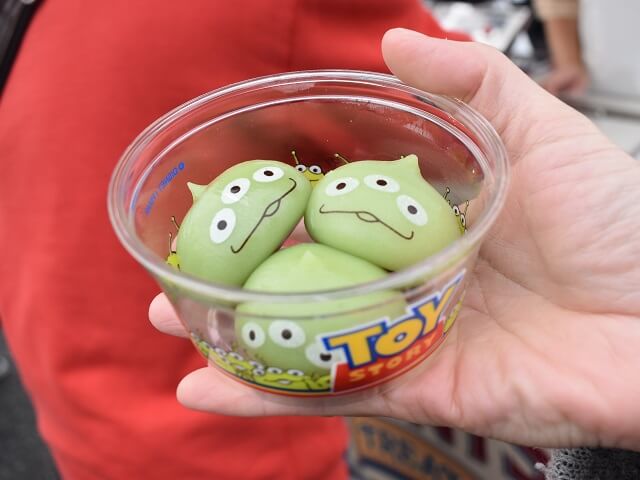 Tokyo Disneyland features lavish parades and decorations throughout the park depending on the season. Much like the parks in the United States, the park features special shows and celebrations during the holidays. Tokyo Disneyland is also very popular for the special Disney-themed snacks. There are the typical Disneyland choices like Tiramisu ice cream sandwiches, but also Japanese-style treats like Gyoza Dogs and the Little Green Men Mochi Ice Cream - little ice cream shaped as the Green Aliens from Toy Story. A few other great choices are the Mango Mickey Waffle, Mike Wazowski Melon Bread, Honey Popcorn, or the Mickey Hand Sandwich! Don't miss out on the chance to try some of these creative, unique snacks during your time at Tokyo Disneyland. Fun Fact: contrary to the name, Tokyo Disneyland is not located in Tokyo, but rather in the Chiba prefecture next to Tokyo.

Adjacent to the park is Tokyo Disney Sea, a Disney theme-park opened in 2001 inspired by the sea and meant to appeal to an older audience than Tokyo Disneyland. You can add both parks after a Japan tour with us during a post-stay in Tokyo after an Anime Japan tour, or add Tokyo Disneyland to your itinerary on a private Japan tour vacation package!

New Fantasyland Brings Beauty and the Beast to Life 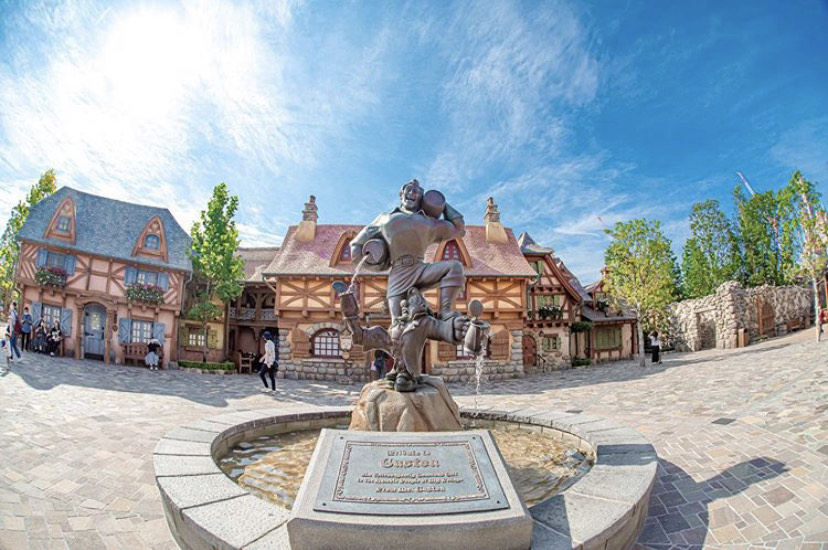 Disney fans rejoice! Tokyo Disneyland has announced the opening of a new area, “New Fantasyland”, and brings to life the magical story of Beauty and the Beast. The new area will span across three of the seven themed lands: Fantasyland, Tomorrowland, and Toontown. This new addition is the largest expansion to date for Tokyo Disneyland and previews up to this point look as though it will not disappoint. While New Fantasyland was initially set to open on April 15th, the opening date was pushed back due to the coronavirus. However, with September 28th set as the opening date, upcoming visitors will sure to be thoroughly delighted.

New Fantasyland will feature a magnificent brand new castle which looks as though visitors can walk through and has a color themed to conjure a fairy tale atmosphere. Likewise, the shops, restaurants, and Enchanted Tale of Beauty and the Beast attraction have all been meticulously designed to immerse visitors in the world of Beauty and the Beast. Everything from the carts and staff outfits to Gaston’s fountain statue and miscellaneous decorations, they are all working in harmony to create a wonderful experience.

In conjunction with the opening of New Fantasyland, Tomorrowland is also getting a new ride! The world’s first Baymax ride, “The Happy Ride with Baymax”, will open on the same day. While not much has been revealed about the ride other than a concept art being released, it looks to be a thrilling ride for people of all ages. Toontown will also have a new meet and greet space called Minnie’s Style Studio where people can take pictures with Minnie as well. Your next visit to Tokyo Disneyland will surely be filled with new magical experiences and memories! 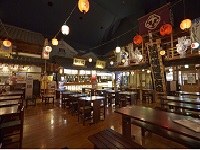