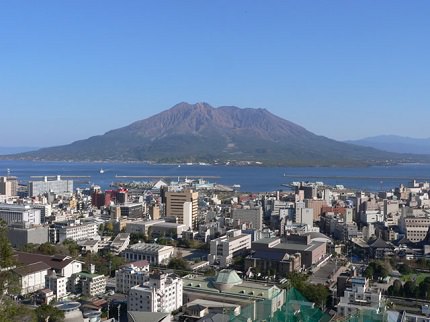 107 meters above sea level, is a hill known as the last hard-fought battlefield of the Meiji Restoration. From the hilltop, you can see Kagoshima below, and also enjoy a view of Kagoshima Bay, with its quiet waves, in the distance, and the grandeur of Sakura-jima. At Sengan-en Garden, constructed by Shimazu Mitsuhisa as another house for Tsurumaru Castle, you can enjoy a distant view of Sakura-jima Island beyond Kagoshima Bay, and will also be treated to the beautiful sights of cherry blossoms in spring and a variety of flowers, such as azaleas and chrysanthemums, throughout the four seasons. Among the items preserved and exhibited at the nearby Shoko-shusei-kan Museum are materials and records of the factories which supported the modernization of Kagoshima by manufacturing cannons, boats and glassware, called Satsuma-kiriko, during the Edo Period in 17th century. 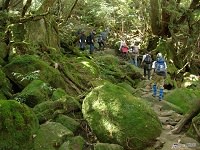