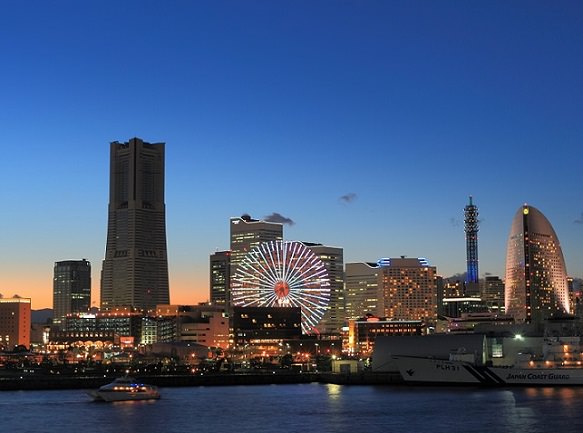 Yokohama, the seat of the Kanawaga prefectural government, has grown as a major gateway of the sea to Japan, as well as the center of administration and economy for the whole prefecture. Yokohama is located less than half an hour south of Tokyo by train and is the second largest city in Japan with a population of over three million. Towards the end of the Edo Period (1603-1867), during which Japan maintained a policy of self-isolation, Yokohama's port was one of the first to be opened to foreign trade in 1859. Consequently, Yokohama quickly grew from a small fishing village into one of Japan's major cities. Until today, Yokohama has one of the world's largest Chinatowns and preserves some former Western residences in the Yamate district. Yokohama Chinatown (Yokohama Chukagai) quickly developed after the port of Yokohama had been one of the first Japanese ports to be opened to foreign trade in 1859. It became the residence of the many Chinese traders who settled down in the city. Today, a large number of Chinese stores and restaurants can be found in the narrow and colorful streets of Chinatown, while the number of actual residents has been decreasing. The main attraction of the Yokohama Chinatown is the cuisine offered at its many restaurants and food stands. Popular favorites include steamed buns (manju), ramen noodles and a wide array of other Chinese dishes, many of which have been Japanized to a certain degree. 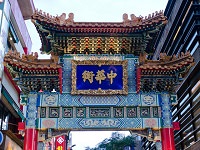 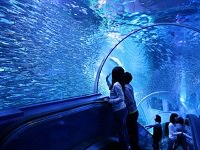 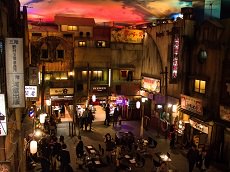 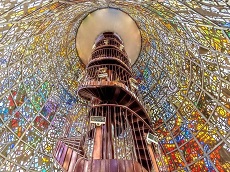 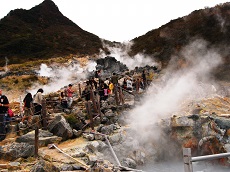