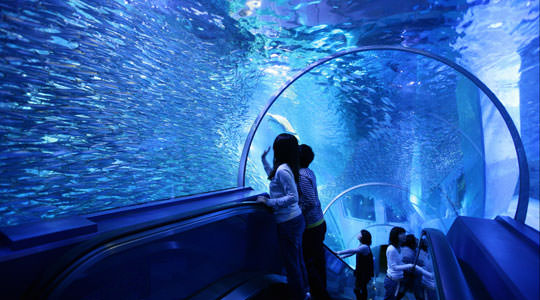 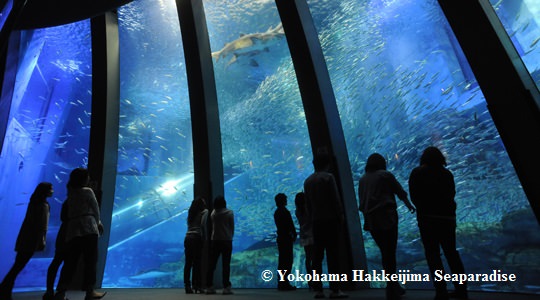 One of the most popular features of the park is the aquarium, which has many different species of unique sea creatures. The Dolphin Fantasy is among one of the most popular, which is an arch-shaped pool surrounding a tunnel, allowing visitors to see the dolphins and fish from 360 degrees. The aquarium also has several performances and an area where visitors can interact and touch the sea creatures. 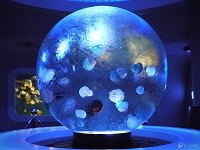 A Large Aquarium found along the Enoshima Beach has Jellyfish Collection 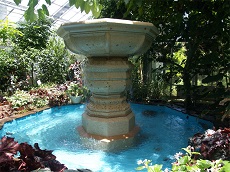 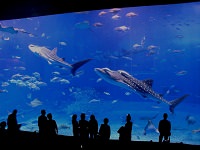