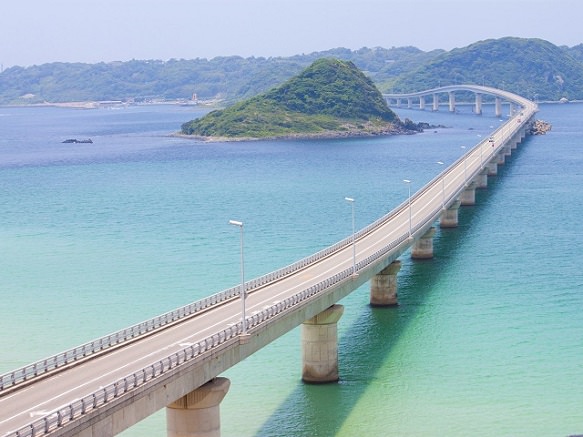 Tsunoshima Bridge is a 5,840 ft long bridge that stretches from Tsunoshima connecting the island to Honshu. The bridge lies over the ocean and is a great scenery bridge. Tsunoshima Bridge was completed in 2000 and has been used in several commercials, most commonly in car advertisements. At the time of completion it was the longest toll free bridge but was later replaced by Kouri Bridge in Okinawa. Despite this, Tsunoshima is still a popular bridge providing beautiful scenery. 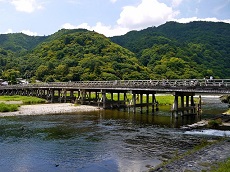 Bridge reconstructed to model after the original bridge in Kyoto